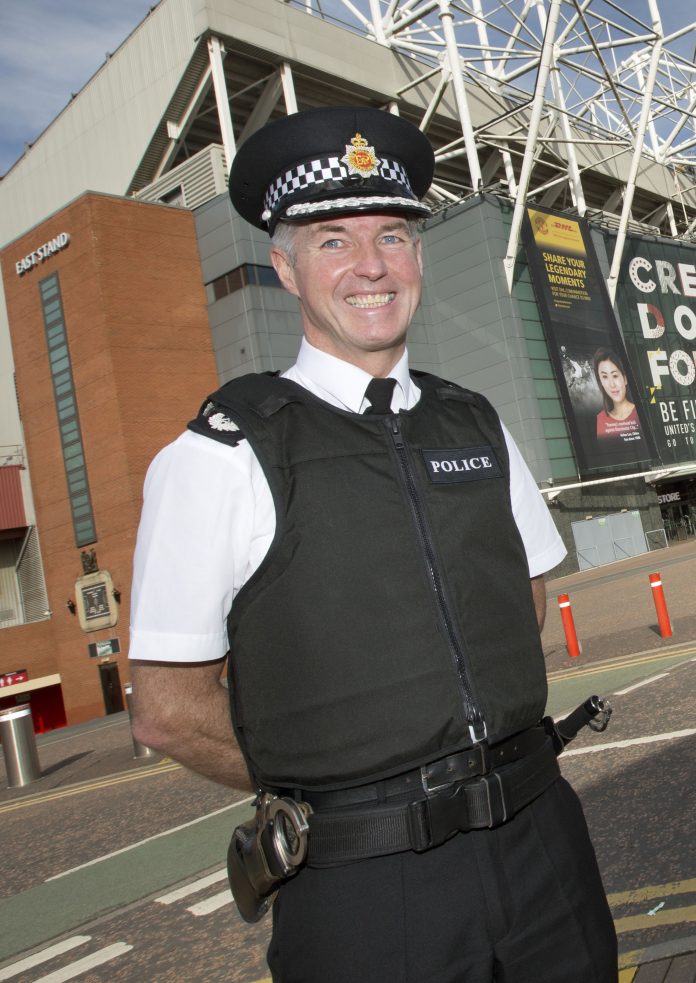 Chief Superintendent John O’Hare who is currently responsible for the Force’s Specialist Operations Branch joined GMP in 1994. He has managed most of the major events across Greater Manchester during the last 10 years.

In his early career John was the youngest police diver in the country. Recently he was an Acting Assistant Chief Constable and led the high-profile multi-agency response to the Boxing Day floods in 2015.

He said: “It is really humbling and I can only justify the nomination by accepting the award on behalf of the fantastic police officers, police staff, key partners and community activists who have supported me over the last 30 years.”

He was also involved in the debrief process in America after the Boston Marathon bombing.

A second officer, a sergeant, who cannot be named because of the operational work they carry out also received the QPM.

Chief Constable Ian Hopkins said: “I am delighted that both officers have been recognised for their outstanding work in very different areas of policing. Over many years they have both provided exceptional service to the people of Greater Manchester.”

Greater Manchester’s Fire Service was out of the loop and let the people on...