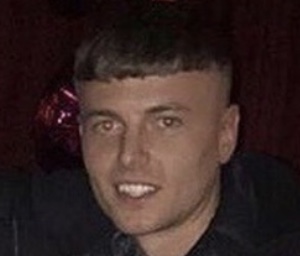 A 22-year-old man and a 17-year-old boy have been arrested on suspicion of murder and attempted murder following the stabbing to death of Joe O’Brien, aged 24, from Blackley.

Detective Chief Inspector Cheryl Chatterton from GMP’s Major Incident Team said: “We are deeply saddened by Joe’s death and we are determined to find answers for his family, who are being cared for by specialist officers at this dreadful time.

“While we have made arrests, it is absolutely essential that anyone with information comes forward to the police as soon as possible.

“Were you in the Failsworth area early on Sunday morning? Did you witness the altercation or have any information that can assist us?

“If so, please contact officers immediately. Even the smallest piece of information can assist our lines of enquiry and help solve cases such as these.”

Meanwhile tributes have been paid to the victim.

The mother of 24-year-old Joe O’Brien, Roz McDonald, said: “Joe was a much loved son, brother, grandson, uncle, nephew and friend to many.

“He was hard working and had a great sense of humour. He was kind and generous, both with his time and with his money.

“His friends, his family and Manchester United were his life.

“Joe worked as a barrister’s clerk at Deans Court Chambers in Manchester and he loved this job.

“The majority of Joe’s time was spent either with his friends, or caring for his mother, who he always put first.”