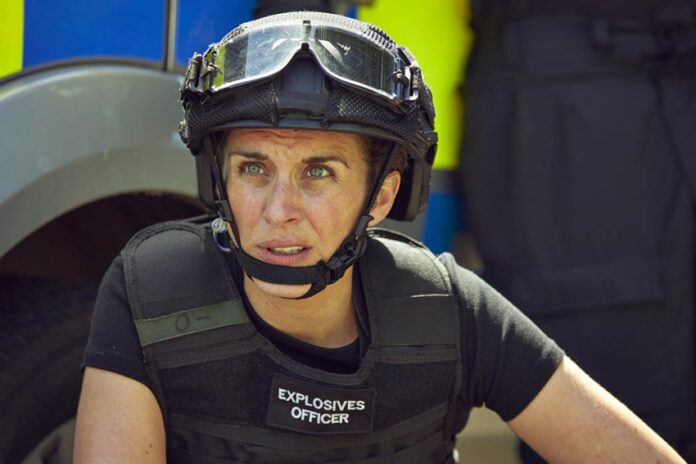 The series which focuses on the Expo officers who risk their lives daily on ‘the long walk’ towards danger, has been lauded by both critics and audiences alike.

Trigger Point was commissioned for ITV by Polly Hill, Head of Drama.

Polly Hill commented: “I am so delighted to see Trigger Point return. Vicky is stunning as Lana and it’s brilliantly produced by Jed and HTM, but I also want to congratulate Daniel for his scripts. To have held the audience in a state of tension for 6 hours so brilliantly, you can’t believe it’s his first show. I can’t wait to see where series two takes Lana and her team.”

Jed Mercurio commented: “Everyone at HTM Television is thrilled by the success of Trigger Point. Thanks to all our brilliant cast and crew and especially to the viewers who watched in such large numbers. We’ve received unswerving support from ITV throughout the production and we are delighted to have been commissioned for a second series.”

Daniel Brierley commented: “I’m honoured and excited to be given the chance to continue Lana’s story. I feel there’s many more twists and turns in her future. It’s been thrilling to see how the public have responded to our show and I can’t wait to see what they will make of the next instalment!”

A riveting story of love, betrayal, deception and revenge over 24 hours