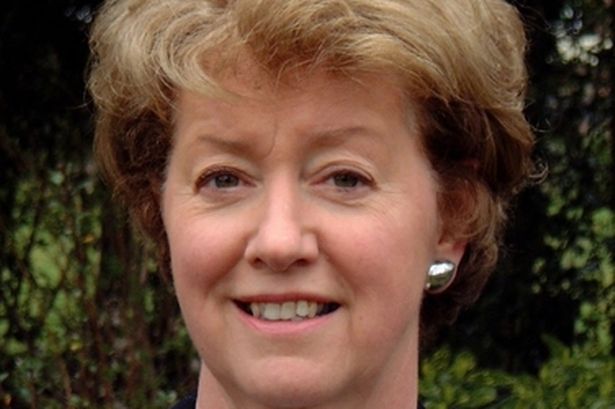 Tributes have been paid to long-serving Trafford Council councillor Jane Baugh, who has died.

Cllr Baugh was first elected in 1990 and represented Broadheath Ward for 14 years before moving to Priory Ward in 2004. She served the Council with great distinction for a total of 30 years.

She was a popular and talented politician and stood twice as an MP in Altrincham and Sale West, losing by just 1,500 votes in 1997.

Cllr Baugh was extremely passionate about the arts and children and young people and served on the Council’s Executive from 2018-2019 working in the Children’s Services and Culture and Leisure portfolios. She had previously been an Executive Member in the early 2000’s, where her love of the arts led to her becoming instrumental in setting up Sale Waterside in 2004.

Active in her community, Cllr Baugh served as Vice Chair of Sale Festival, and was a member of the Friends of Worthington Park and the Friends of Walkden Gardens. She was the President of Parkinson’s Trafford Branch and of Sale Brass Band, and served as a governor at several Trafford schools including Park Road Primary School in Timperley and Moorlands Junior School in Sale.

She was Trafford Mayor from 2011 to 2012 and raised more than £26,000 for a number of charities including The Stroke Association, Parkinson’s UK, Altrincham General Hospital’s League of Friends, Trafford Stroke Support Group, the Alex Hulme Foundation and Trafford Carers’ Centre.

Cllr Baugh leaves behind husband Peter and her three sons Jonathan, David and James. As a mark of respect the flags at Trafford Town Hall, Sale and Altrincham Town Hall will be flown at half mast.

I am devastated by this news. Jane was an incredibly committed and passionate Councillor who always fought for what she believed in. She was a linchpin in the Sale community.

Jane was an astonishingly talented politician. A brilliant speaker and a fearless advocate she was at her best in the Council Chamber championing the causes she felt strongly about.

She was a force of nature. I will miss Jane’s friendship, her encouragement and her support. Most of all I will miss one of the most robust and steadfast voices I have ever known railing against poverty, injustice and intolerance. My thoughts are with Peter and all her family. Rest in peace Jane, you have been an inspiration to us all.”

It is no longer acceptable to rely on individuals to make healthy dietary choices...