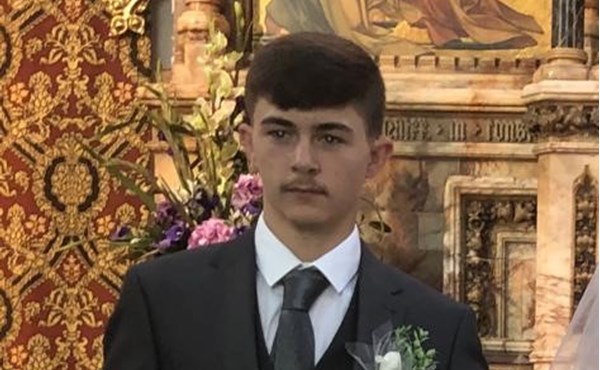 The family of Michael Toohey, who died following an incident on London Road in Liverpool on Saturday 16th April have issued the following tribute

Michael, of Oil Street, Liverpool, was taken to hospital following the incident at an internet café on London Road but sadly passed away a short time later.

A post mortem has been carried out which confirmed he died from multiple injuries.

My son Michael Toohey was what you’d describe as a beautiful well mannered placid young man, soon to be a daddy to a young boy who’s due in just three months.

Michael was academically clever at school and left Everton free school at 17 to go on to work with his brother-in-laws in a family business.

Michael loved going to the gym and going on long bike rides with family and friends.

Michael was always doing something for someone whether that be tormenting his sisters or teasing his nieces and nephews, he was such a character but never had a bad bone in his body, and never had a bad word to say about anybody.

Michael was adored by everybody who had the pleasure to meet him. His cheeky smile would light up any room, he was kind caring courageous and idolised his sisters and was a brilliant uncle.

Michael loved his mum and was never far from home he was very much all for his family so when he found out he was going to be a dad he was overjoyed.

Michael and his partner had only recently moved into a new house together to start a family of their own he was so excited for what the future had in store for them, Michael knew it was going to be a boy before anyone else.

No-one would have a bad word to say about Michael so when the family got the phone call to say Michael had been brutally attacked they had no idea who would be so cruel and that history was once again going to repeat itself on another young innocent young boy.

In 2003 Michael’s young cousin Johnny Delaney was attacked in Ellesmere Port and left to die days before his 16th birthday.

Michael came from a beautiful accepting family who would welcome anybody and do anything for anyone in need.

The family please ask if anybody knows or hears of anything related to Michael’s tragic death please come forward and prevent this from happening to anyone else’s innocent child.

A boy full of potential and grace has had his life taken from him and his family left devastated who could be responsible for such a horrific act.

One in fifty five people in England estimated to have Covid as R number...