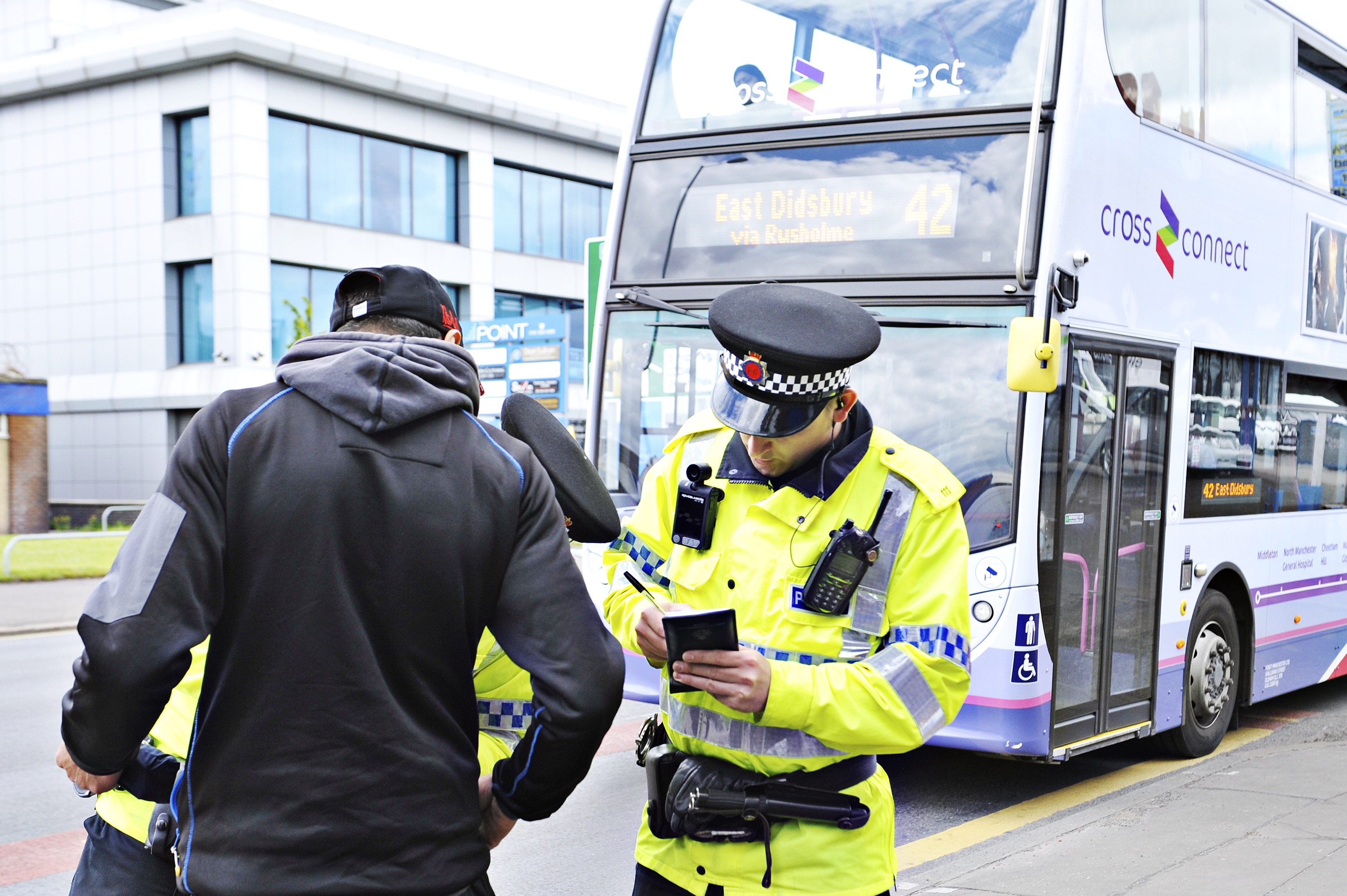 The Travelsafe Unit has launched a clampdown on antisocial behaviour across Greater Manchester’s trams and buses.
Over the next two months, the unit will be running a focused campaign and increasing their patrols across the networks.Set up to make Greater Manchester’s buses and trams even safer by visibly patrolling and tackling problems on the networks, the unit will also be using body worn cameras, existing CCTV and shared intelligence to identify and prosecute offenders.

They will also be running a series of events planned to warn young people of the potential dangers and consequences of antisocial behaviour.
The clampdown has been planned to coincide with the school summer holidays, a time when youth-related antisocial behaviour in particular tends to increase.Launched on 1 April as a three-year pilot scheme, the Travelsafe Unit comprises of a team of police constables, police community support officers, special constables and security personnel.

The unit has already made 32 arrests for a variety of offences and conducted 117 gateway check operations. In addition to this activity, more than 1,788 invalid tickets and a further 101 fraudulent tickets have been identified.
TfGM Metrolink Director, Peter Cushing, said: “One of the main benefits of the Travelsafe Unit is that it allows us to share intelligence, data and specific CCTV footage of individual troublemakers to permit targeted planning for specific periods such as the school summer holidays, where we traditionally see an increase in antisocial behaviour.
“Public transport is a safe way to travel and the purpose of the unit is to help reinforce and maintain that through targeted operations such as this.
“We will, very occasionally, experience isolated incidents across the networks but the results show far show that the unit is having a positive impact.”
Chief Superintendent John O’Hare from Greater Manchester Police, said: “Antisocial behaviour across the transport network is not acceptable and has a major effect on other passengers. It is really important to carry out work like this to enable us to ensure that every member of our community feels safe to travel via our public transport network without feeling intimidated or unduly concerned by the behaviour of others.”
Led by Transport for Greater Manchester (TfGM) and Greater Manchester Police (GMP), the scheme allows contributing operators – Metrolink RATP Dev Ltd (MRDL), First Bus and Stagecoach – to share intelligence as well as crime and antisocial behaviour data.
The pilot is also focusing on preventative measures and youth education. Uniformed officers visit schools across the region to educate youngsters on the dangers, impacts and consequences of crime, antisocial behaviour and fare evasion on public transport.