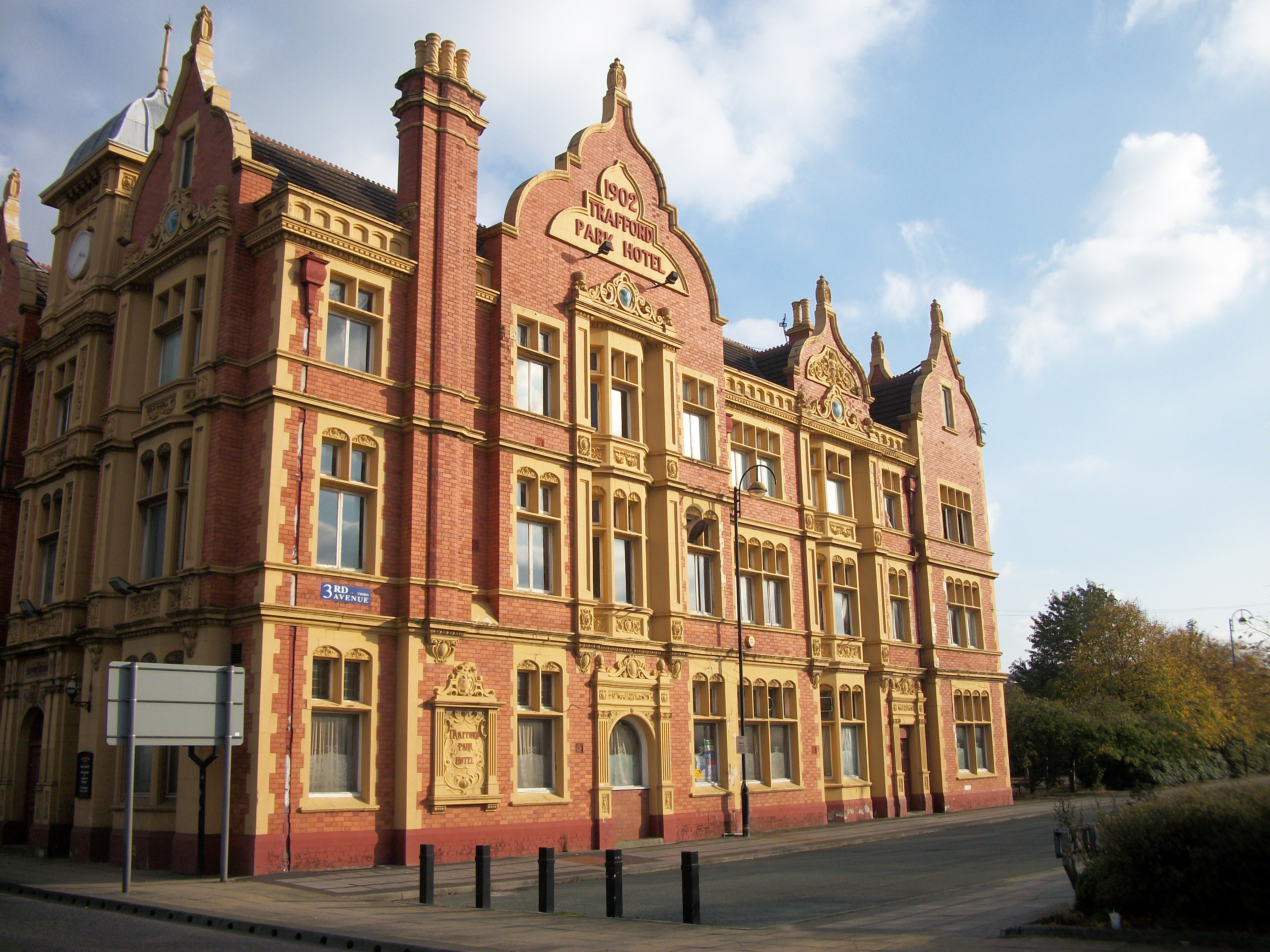 The iconic Terra-cotta Grade II listed building which was built in 1902 was sold according to Business Insider for £900,000 nearly three times it’s asking price.

The Hotel has been empty since 2009 apart from from a brief period of occupation by squatters in that same year and two years later when police, on a tip off from a member of the public, found a quantity of plants being illegally grown there.

The Property says the report:

could be renovated into a hotel or turned into apartments fetching £80,000 to £120,000 each. However, the property is currently in a poor state of repair and requires a considerable amount of work.

The Hotel stands on the corner of Third Way and Ashburton Road in Trafford Park Village, which was built to house the workers of the newly created Trafford Park industrial estate and has been described the finest building in Trafford Park.

A lasting Olympic legacy for Royton