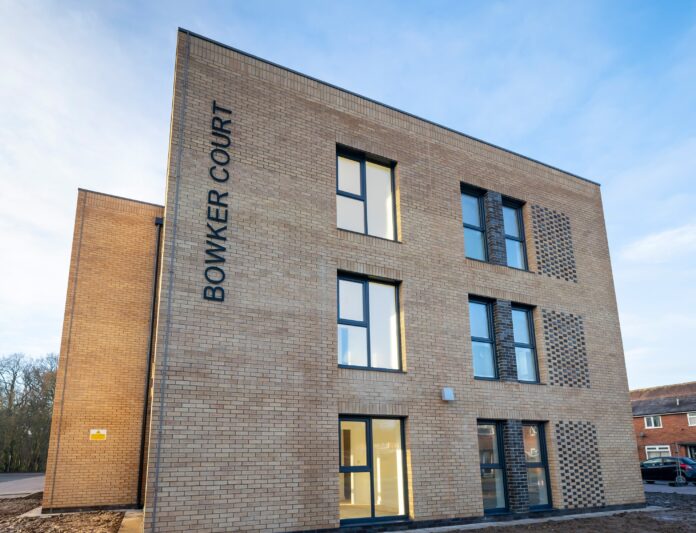 Residents are preparing to move into a new state-of-the-art social housing development in Timperley.

Bowker Court – named after the late local Councillor Ray Bowker who was heavily involved in the project – is made up of 30 one and two bed flats in a three-storey building on Carrfield Avenue.

Built in partnership between Trafford Council and Trafford Housing Trust, it is the first new-build socially rented housing in the borough in over ten years, and the first to be built from the Trafford Affordable Housing Fund, which was set up to support the creation of social housing.

“I am extremely proud to have helped officially open these superb new social housing units – the first of many we plan to open this year as part of our commitment to help solve the social housing crisis.

This scheme is in a fantastic location and will go some way to meeting the huge demand for social housing in the borough. Trafford, like many others, is desperately short of new homes that people can afford to live in and providing them will always be a priority for the Council. I would like to say a huge thank you to officers and members from the council and colleagues from Trafford Housing Trust for all their hard work.”

Letter to Andy Burnham calls for a democratic approach to managing public land across...