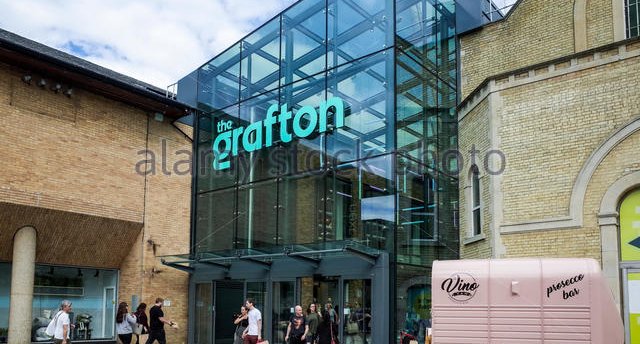 Trafford Council has bought one of Altrincham’s main shopping locations, the Grafton Centre, to kick-start the next phase of the town centre’s transformation.

Altrincham has already undergone a hugely successful multi-million pound revitalisation, led by the Council and its partners: Shop vacancies have fallen by almost 75 per cent and there has been a significant rise in footfall – up five per cent year-on-year since 2016. More than 25 new bars and restaurants have opened since the transformation began, with £140 million of private and public sector funding being invested.

The town centre is bucking the national trend of high street decline. This incredible turnaround has its roots in the improvements to the public realm and the market quarter, which has acted as a catalyst to further regeneration in the town.

The Grafton Centre, built in the 1970s at the junction of George Street and Regent Road – with retail outlets on the ground floor and a seven-storey hotel leased to Travelodge above – is a key town centre site.

The Council will be bringing forward its proposals for the Grafton Centre in the near future. These proposals will focus on further enhancing the retail and leisure offer in Altrincham, which will in turn attract further investment into the town.
The Centre is also an excellent investment opportunity, generating a financial return which can be used by the Council to support front line services.

Alex Williams, Deputy Leader of the Council and Executive Member for Investment, said: “We are delighted to have been able to secure this opportunity, which is a mark of our determination to continue to restore Altrincham’s fortunes, putting the heart back into the centre and bringing vitality to our town. By working with landlords, businesses and residents we are transforming Altrincham as a modern, vibrant market town. This investment will be central to further improvements and regeneration in line with our vision.”