Bolton’s tourism industry generated £420.4m for the local economy in 2015, according to new figures.

The figures have been released by Bolton Council as part of an annual report which outlines tourism performance.

The four day Bolton Food and Drink Festival which attracted more than 200,000 visitors in 2015, the gruelling Ironman UK Triathlon, and the world’s largest Ironkids race are amongst the events fuelling visitor numbers.

The growth is also attributed to popular attractions such as Bolton Museum Aquarium and Archive, the Octagon Theatre, Smithills Hall and Hall i’ th’ Wood. Bolton also has a good supply of hotel and bed and breakfasts which attract visitors throughout the year.

Leader of Bolton Council, Cllr Cliff Morris, said: “It is clear that Bolton is a popular destination and we are committed to attracting more people to the borough.

“Fantastic events like our Food and Drink Festival, the continued success of the Ironman UK Triathlon, and the world’s largest Ironkids have helped to bring new people to Bolton.

“These figures are for 2015 and we know since then, there will have been even more visitors due to further investment in the town centre.

“Moorgarth’s investment in the Market Place has brought an entirely new offer to the heart of Bolton, with the Vaults, new shops and a new cinema.

“We recognise that there is still work to be done, and things like the £48m Interchange and continuing the success of our events will be key to attracting more people to the town in future years.” 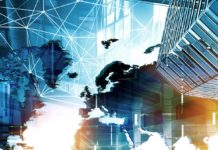 COVID-19 to send almost all G20 countries into a recession