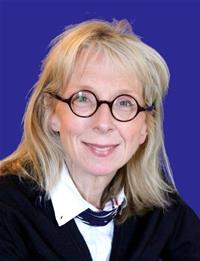 Laura Evans, former Executive Member and councillor on Trafford Council has been selected by Party members to be the Conservative Party candidate for Mayor of Greater Manchester.

At a selection convention on Sunday 1st of March 2020, Laura delivered a stirring and passionate speech setting out the failures of the current Labour Mayor and what Conservatives would do differently to deliver the change that Greater Manchester is calling out for.

Laura senses a real appetite for change on the doorsteps and points out the failings of the ‘blocker’ who currently holds the position of Mayor. Laura said “While I appreciate that Labour has been the dominant party across the county for many years, Conservatives polled 435,647 votes across Greater Manchester at the last General Election which compares to 359,352 votes which the current Mayor polled at the last Mayoral election.

“The current Mayor has failed the people of Greater Manchester in many areas such as his procurement of the Police IT system which doesn’t work properly resulting in Officers reporting that offenders are not being arrested due to failings of the system and reported crimes are being lost in the system. The Mayor also wants to build on our precious green belt meaning that our carbon-capturing green spaces will be lost for ever and replaced with unaffordable homes without the roads, GP surgeries and schools to service them and anyone walking through our towns and city centre will see the failure over rough sleeping, despite funding from the Government to help to end the problem.”

“Laura served the people of Trafford with distinction for nine years, and ran various award-winning Council services and has the experience to be a fantastic Mayor for the people of Greater Manchester. Unfortunately, the current Mayor has failed the people time-and-time again and now residents have an opportunity to put in place a new team who will sweep away Labour’s failings and get services up and running properly. The Mayor has responsibility in the areas of health, wellbeing, jobs, housing, transport, skills, training and economic growth and these are too important to let the current Mayor with his history of failure to continue to run into the ground.”

Courteeners, Charlatans and Blossoms team up for 2017 Old Trafford gig