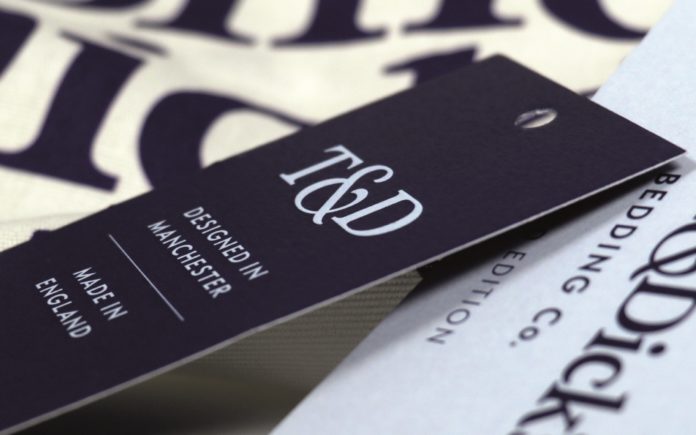 Textiles has returned to Manchester’s historic Mayfield site for the first time in over a century.

Once the epicentre of Manchester’s ‘Cottonopolis’ era, the Mayfield Printworks closed its doors to textiles industry in the early 20th century to make way for the new station.

Now more than 100 years on, Tom & Dick’s Bedding Company has launched its new business at co-working space offered by regeneration specialists U+I at the Mayfield site.

In a nod to Manchester’s industrial past the company is named after Thomas Hoyle and Sir Richard Arkwright, two of the pioneering figures behind Manchester’s cotton revolution in the 18th century. It was Thomas Hoyle who set up the Mayfield Print Works in 1782, developing innovative new cloth-printing techniques which delivered quality fabrics to the masses.

Tom & Dick’s is set to disrupt an industry that is steeped in tradition. Debunking myths surrounding thread counts and Egyptian cotton, while at the same time offering higher quality at better prices than the high street.

Its mission is to provide bedding for every sleeper. All bedding is made using the finest cotton and French flax and is hand crafted by artisans at a family run mill in Portugal. They will also be reimagining original Thomas Hoyle prints, in the form of limited-edition cushions made in England.

All products will be designed and shipped out from the Mayfield headquarters.

Tom & Dick’s will also be supporting charitable initiatives with every purchase made through their 2for2 initiative. Two percent from every sale will be split to support two causes close to the Tom & Dick’s team: mental health and homelessness.

The company is embracing a zero waste philosophy with no plastic used in the packaging. Plastic bottles are also being recycled to make some of the products with material leftovers also being used for sample packs.

Owner of Tom & Dick’s, Amar Gangani, said: “We are delighted to be based at the historical home of textiles in Manchester. It’s an exciting time, and there is truly no place better for us to be than Mayfield. We have been working with U+I for the last 18 months and we are thrilled to have finally launched our business.

“I believe Tom & Dick’s is offering something not currently found on the high street, going above and beyond for customers and giving back to the local community.”

James Heather, Development Director for the Mayfield Partnership, which comprises Manchester City Council, LCR, Transport for Greater Manchester and regeneration specialist U+I, said: “We’re pleased to have Tom & Dick’s with us at Mayfield as they embody the entrepreneurial and innovative spirit which has made Manchester into the city it is today. Just like the ethos behind the Mayfield development, Tom & Dick’s are tapping into Manchester’s rich heritage and giving it their very own modern twist.

“Since the formation of the Partnership we have committed to enhancing the site by looking back at the heritage of Mayfield and speaking to local people about what they would like to see here. This has been invaluable in helping shape our long term vision for Mayfield.

“While doing this we have brought part of the site back to life by working with the likes of GRUB, hosting headline events for Manchester International Festival and most recently Manchester Pride.”

18 year old jailed for life after deliberately driving his car into victim on...