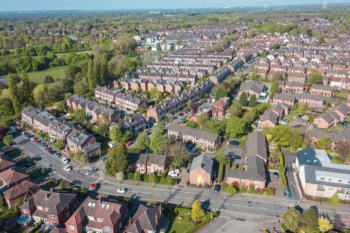 Almost half a million more families have fallen behind on rent during the Covid-19 crisis, a new study has revealed.

The Resolution Foundation think tank found that more than 750,000 people were behind on housing costs last month, 450,000 more than in the same month last year.

“Despite widespread calls for forbearance in the face of the Covid-19 shock, just 3% of private renting families have been able to negotiate a lower rent,” it said.

Meanwhile, one in 20 private renters said they had been refused rent reductions.

Close to one-quarter of private renters have seen their earnings fall during the last ten months, compared to one-in-six working-age adults with a mortgage and  twice as many privately-renting families entered the pandemic with no savings compared to mortgaged home owners .

Without further government intervention however, it warns that the rent arrears crisis will worsen in the months ahead – leading to an increased number of court possessions proceedings, which tend to be lengthy, difficult, and upsetting for tenants and landlords alike.

The Foundation says the government should introduce pre-emptive measures to help those most at risk from rent arrears. Policies should include boosting the DHP system, so that it can reach more families in need, and introducing a tenant loan system for England, through which the government would directly support families behind on their housing payments.

The aim is to ultimately offer renters facing financial hardship some much-needed breathing space across the next year, ease the pressure on the courts and landlords, and prevent an arrears crisis from holding back the UK’s slow economic recovery even further, says the Foundation.

Lindsay Judge, research director at the Resolution Foundation, commented: “The UK is currently experiencing a mounting arrears crisis, with more than 450,000 families having fallen behind on housing payments as a result of the pandemic.

“Renters have been particularly badly hit. Many have taken huge hits to their earnings and have limited savings to fall back on. To make matters worse, measures that could ease the pressure, such as Discretionary Housing Payments from local authorities and negotiated rent reductions from landlords, are not getting through to those that need them.

“This situation will worsen without significant government intervention. Ministers must take action by boosting the DHP system, and introducing a UK-wide tenant loan system, to ease the pressure on tenants, landlords and the courts.”

Residents of Collyhurst consulted on updated plans for 270 new homes incl. 130 for...