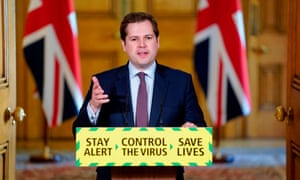 The communities Secretary Robert Jenrick announced at the Downing Street press conference that they will be able to spend time outdoors with members of their own household and if they live alone, they can spend time with one person from another household.

As per the the rest of the population Social distancing guidelines, such as keeping a 2m distance, will have to be adhered to.

“The prevalence of Covid-19 in the community has reduced significantly, we believe the risk to those shielding is lower as it is proportionally for the general population,” says Mr Jenrick.

Over half are under 70, over 90,000 of them are children,” he added saying that some have not left their homes for nine to ten weeks.

Police warn of the dangers of Pokemon Go to children