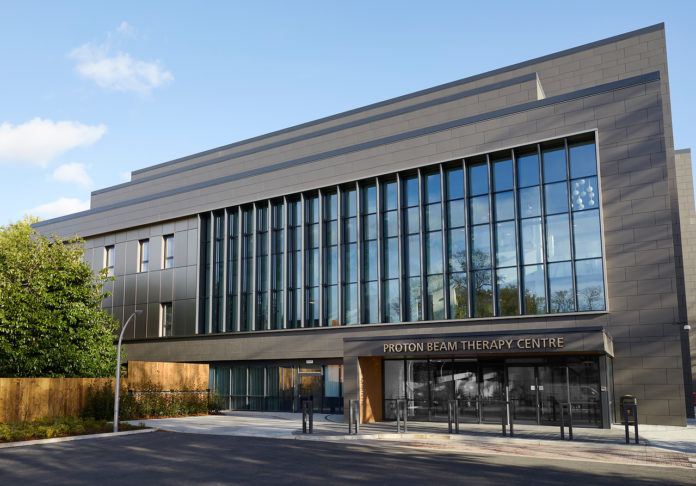 The story of The Christie’s proton beam therapy centre will be shown next Monday on the BBC’s Horizon programme.

The behind the scenes story of the development of the NHS’s first high energy proton beam therapy centre at The Christie in Manchester will be shown on BBC Two next Monday.

The BBC’s flagship science and technology documentary, Horizon, will air for an hour on BBC Two at 9pm on 22 July and then be available on BBC iPlayer.

The Christie granted Horizon exclusive behind the scenes access to the new centre for more than 12 months as the building work neared completion, key items of equipment were being delivered and commissioned, and the teams supporting the new technology geared up to treat the first patients.

Horizon filmed crucial moments such as the cyclotron (which generates protons from ionised hydrogen gas and accelerates them up to two-thirds the speed of light) and treatment gantries were being delivered by crane through the top of the new building.

In the programme, Horizon follows key members of the proton beam therapy team as they prepare for and treat the first patients using this technology in the UK for the first time.

Horizon also follows 15-year-old Mason Kettley, who was diagnosed with a brain tumour in October 2018, as he prepared to be one of the first patients to be treated with proton beam therapy at The Christie. Mason’s tumour – a pilomyxoid astrocytoma – was growing in critical areas of his brain, making it inoperable due to the risk of blindness and other catastrophic complications.

However, Mason was eligible for proton beam therapy, a specialist form of radiotherapy that targets cancers very precisely, increasing success rates and reducing side effects, an ideal treatment for certain cancers in children who are at risk of lasting damage to organs that are still growing.

Horizon followed him throughout his treatment, capturing the emotional moment at the end of six weeks of treatment when he was able to ring the end of treatment bell in front of his family and members of the proton beam therapy team who cared for and treated him.

The Christie’s Chief Executive, Roger Spencer, said: “We are delighted that the BBC’s Horizon programme will show the dedication and determination of the many Christie staff who worked tirelessly to bring the NHS’s first high energy proton beam therapy to The Christie at the end of 2018. Viewers cannot fail to be moved by the heartwarming story of Mason Kettley who was one of the very first patients to be treated here.”

The proton beam therapy centre at The Christie is the first of two NHS centres in England. A second is due to open at University College London Hospitals NHS Foundation Trust in 2020. It is expected that they will each treat up to 750 patients every year.

To ensure consistency of service, once the two UK PBT centres are operational, some patients will continue to be sent abroad for treatment until both centres have fully developed their capacity of up to 750 patients a year.