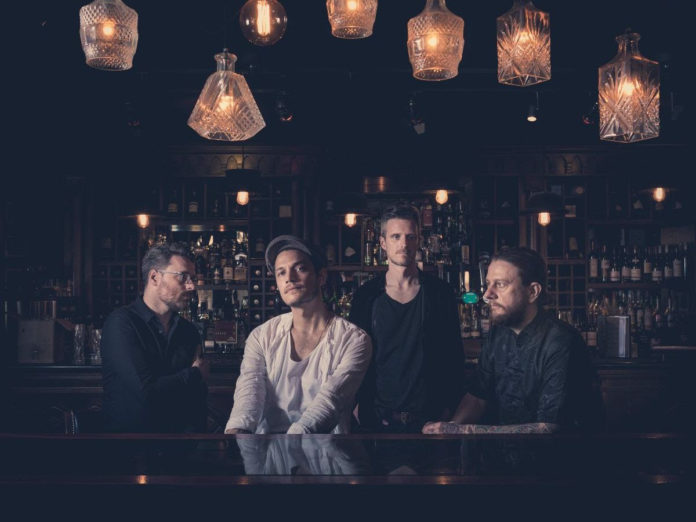 Eye To Eye is song of conflict and struggle,” says The Slow Show’s distinctive vocalist Rob Goodwin. “It wasn’t intentionally political but is very much influenced by the world we’re living in at the moment.

There’s a reckless, destructiveness in its instrumentation, a sense of chaos mixed with moments of peace and beauty. It’s a troubled song with a good, hopeful heart.”

With 2016’s ‘Dream Darling’ and their 2015 debut ‘White Water’, The Slow Show established themselves as a band who inhabit their own universe. There are antecedents – the exploratory beauty of Talk Talk, the ability to frame a story like Nick Cave And The Bad Seeds, The Blue Nile’s determination not to waste a single note. It all coalesces into something other: unless you’ve heard The Slow Show before, you won’t have heard anything quite like The Slow Show.

Since the release of their last album, 2016’s ‘Dream Darling’, Goodwin has relocated from his native Manchester to Dusseldorf. It was perhaps inevitable that one of the band would relocate to Germany, where, along with the Netherlands, The Slow Show have experienced huge success and headlined festivals.

Goodwin and keyboardist Frederick ’t Kindt spent 18 months honing every note of ‘Lust And Learn’ into shape. Kindt helped establish leading Manchester studio Blueprint and knows the best local strings and brass players, who have helped The Slow Show since the start, while the Halle Youth Choir add the perfect counterpoint to Goodwin’s rich, sonorous voice.

“We wanted to capture moments of feeling with this record,” says Goodwin. “In Lust and Learn we wanted to set scenes, create moods, look out of windows.”

The Slow Show will support ‘Lust And Learn’ with an extensive European Tour, taking in Islington Assembly Hall on October 10 and culminating in a hometown show at Manchester Gorilla on November 7.