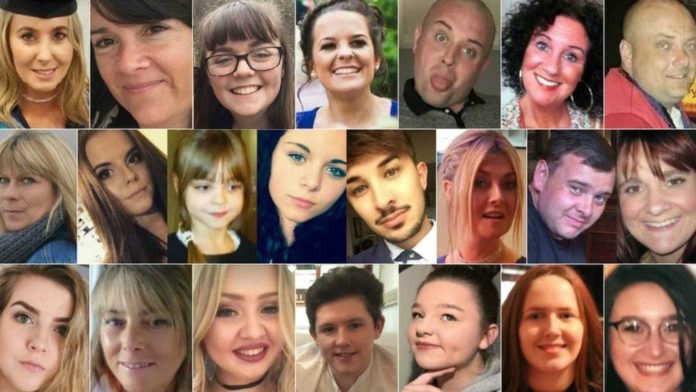 The public inquiry into the Manchester Arena bombing has been postponed because of Coronavirus.

In a written statement released today, The chairman of the inquiry, Sir John Saunders, has decided to postpone it from the 15th June until the provisional date of 7 September after conversations with families of the dead and other core participants.

While nothing appears to be certain about the progress of the virus, it is likely that gatherings of large numbers of people in close proximity,will not be permitted by June 2020 as it would cause a significant risk to health. The only way that the hearings could be conducted then would be by video link. There is considerable opposition to that approach as it would limit the active participation in particular of the bereaved families, who wish to have the ability to attend in person if they wish to do so.

A number of the bereaved families also raise the importance of the commemorations taking place at the beginning of the Inquiry’s evidence hearings through the giving of pen portrait evidence. The bereaved families have a strong preference for their pen portrait evidence being given directly to those who wish to attend the hearing. There is considerable and understandable concern that it will be harder to conduct that aspect of the Inquiry should the hearings only be held by video link.