Following the start of the National League at weekend. English football is well and truly back up and running. Albeit the elite are still behind closed doors, it’s great to have a full fixture list on a weekend to look forward too.

Manchester City battled hard against a well-drilled Leeds United side, who may take many by surprise this season. Pep’s men dropped yet more points following their 5-2 loss to Leicester City the week before. Meanwhile, the red side of Manchester experienced a defeat not seen in the Premier League since a disastrous derby day back in 2011.

Man Utd hosted their former manager Jose Mourinho, and how he must have enjoyed the 6-1 victory. Martial reduced Man Utd to 10 men after an interaction with Erik Lamela, which made the match all too easy for Tottenham from then on out.

John Sheridan earnt back-to-back wins as Latics scored a 1-0 win over Doncaster Rovers. Wigan Athletic leapt up the table with them searching to get their season going, this result should give them a huge confidence boost. Meanwhile also in League One, Rochdale took all three points with a last gasp winner over Fleetwood Town securing the points for Brian Barry-Murphy’s men.

Both Oldham Athletic and Bolton Wanderers picked up their first points and goals of the season. Oldham shared the spoils with Colchester United in a thrilling 3-3 draw, which Harry Kewell will be hoping is the catalyst for the season, following a tough start. Ian Evatt’s Bolton grabbed a 2-1 victory over Harrogate Town. Following a squad overall in the summer, the Trotters knew it would take a little time to gel, this should be the start of what many people believe is a promotion run.

Salford City meanwhile continues their unbeaten start to the season with a 1-0 over Stevenage. With new signing Ash Hunter taking the lead within two minutes of the match.

The National League finally caught up with the rest of football and kicked off this weekend. Altrincham, in the National League for the first time since 2016, drew 1-1 with Weymouth. While neighbours Stockport County lost their opening fixture to Torquay United. Curzon Ashton started the weekend off with a 2-1 loss in the FA Cup second qualifying round to fellow Greater Manchester side FC United. Followed closely by a 1-1 draw with Alfreton Town two days later.

After facing back to back games with South Shields inside five days. Micheal Clegg’s side drew 3-3 midweek in the league, however, lost the FA Cup tie on Saturday 4-0 in a convincing win.

Many Manchester sides crash out of the FA Cup

Keeping with the FA Cup, Radcliffe bowed out 2-1 to Farsley Celtic as did Brad Cooke’s Atherton Collieries; losing 4-0 to Guiseley.

David McGurk’s Hyde United gave a good account of themselves against the impressive AFC Fylde, albeit suffering a 4-2 defeat. The young and exciting Mossley drew 1-1 against Tadcaster Albion within the 90 minutes, losing on penalties 4-3. Lastly Stalybridge Celtic brought themselves back from 2-0 down to draw level with two minutes to go. Only for Longridge Town to snatch victory in the final minute of the game.

In the Northern Premier west division, early leaders Ramsbottom United continued their good start with a 3-0 win over Pontefract Collieries. Meanwhile, Danny Caldecott’s Trafford earnt a 2-2 draw away to Clitheroe. 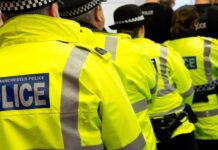 Police appeal for information after a vehicle collision injures three 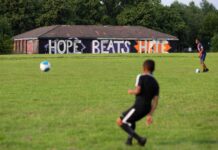 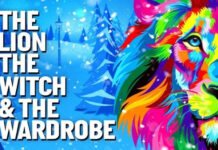 Cast announcement for spectacular 5-star stage adaptation of The Lion, The Witch & The Wardrobe 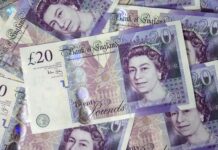