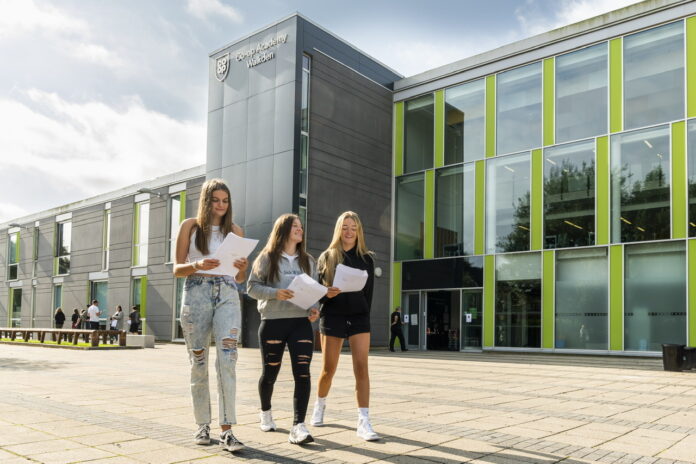 Almost two-thirds of young people feel their generation – The Ghosted Generation – will be permanently disadvantaged by the pandemic.

A major new study from the Co-op, looking at the attitudes, life chances and aspirations of young people, the Ghosted Generation, has revealed that children as young as 10 years old think the pandemic will affect their chances for the rest of their life.

In one of the largest post-pandemic studies of its kind, with over 5,000 10-25-year olds, the devastating impact of COVID on their education, is clearly highlighted in the findings.

Amongst school aged children, the research shows nearly half of 10-15-year olds feel they have fallen behind in the past year, with almost two thirds also feeling the pressure to ‘catch up’ quickly. And just under a third of  young people say the pandemic has made them less likely to continue with further education entirely.

And when it comes to work and careers, hopes are also dashed, with over half feeling young people have been pushed to the back of the queue on job opportunities, and over a quarter of 16-25 year olds feeling that the pandemic has ruined their career dreams. Two thirds also believe that competition to get a job has increased so much it feels impossible.

As a result, over half  of young people feel that the Government has failed their generation in its handling of the pandemic, and as many as one third feel the odds are now stacked against them.

Despite the impact of the pandemic, the research still shows that young people do have ambitions and aspirations for the future. However, there is a hope deficit that has emerged between the ambition of young people and their belief in being able to reach these goals.

The findings highlight 90% of young people aspire to be financially secure, yet only two-thirds believe they will achieve this. And over four fifths want to own their own house, but again only two-thirds feel this is within their reach for them.

Other key goals include earning more than their parents with over three quarters aspiring to this goal  but only 60% feeling this is within their grasp, and over half who want to run their own business in the future , but only two fifths who feel this is possible.

In addition, the research demonstrates the key challenges ahead with the levelling up agenda, with many young people feeling their life path is already set by the age of 20.

Steve Murrells, CEO of Co-op Group, said:“Young people are the DNA of the future of this country, and we simply cannot have a situation where the majority of them – the Ghosted Generation – feel like they cannot change their path or improve their life chances. And where Black and Asian young people are more likely to feel that way.

“This research shows the ambition is there and we see firsthand that talent is spread in every community, but opportunity is not.”

Tommy Kirkwood from Co-op’s Young Members Board said: “As a young person who represents the voices of other young members in the Co-op and throughout communities, it’s clear that compared to other generations, young people have been disproportionately impacted upon by the pandemic.

To ensure all young people feel supported in the aftermath of the pandemic, those in charge need to let our voices be heard and listen, giving young people a say about their future, and the future of our society.”

Jack Parsons of The Youth Group said:“Many young people are feeling hopeless, unworthy and valueless. Young people have so much value which is why now is the time to invest in ensuring a great future is within reach. We all have a role to play to change the narrative and I am excited to see the work the co-op will undertake to reduce these worrying stats that have come directly from young people.”