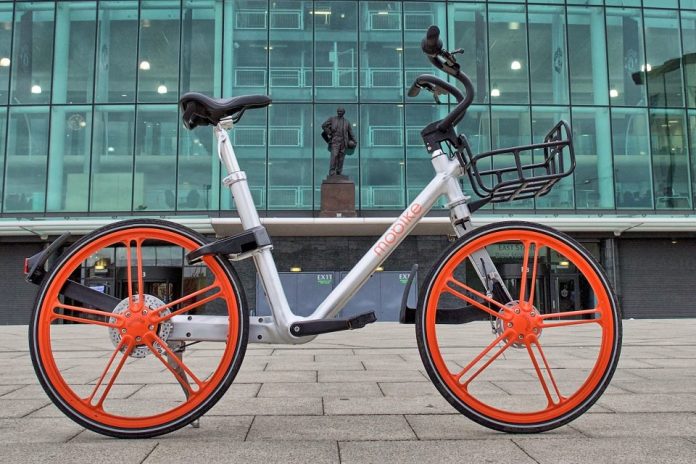 Manchester could be the first city that Mobike could be forced to pull out of after the Company says that is is losing around 10 per cent of its bike’s to vandalism and theft.

The scheme which was launched just over twelve months ago across Manchester and Salford and is the region’s only bike sharing scheme, could, according to rumours end in a little over two weeks after the Chinese run Company said that warned it will end its service in “weeks not months” unless there is a reduction in people stealing and damaging its bikes.

The scheme has been beset by problems from the start with bikes ending up in canals, being stripped of their parts and being recovered from outside the city centre area.

Users have found problems with the app,which they download and employs GPS technology to show them where the nearest available bicycle can be found. They then scan a QR code to release a lock.

Unlike the scheme in London, the bikes don’t have to be returned to docking bays and instead are left scattered around the city centre.There have also been complaints about the size of the bike

Jan Van der Ven, Mobike’s UK general manager, said: “As a private business, we are only viable if our revenues cover our costs, and that is not possible with the current levels of bike loss in Manchester.