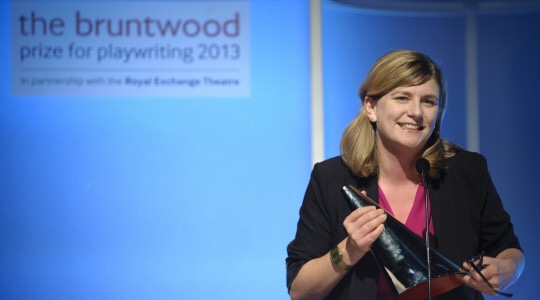 The Bruntwood Prize for Playwriting has launched its sixth search for original plays and announced a judging panel of top industry figures from stage, screen and journalism.

The biennial Prize is a partnership between the Royal Exchange Theatre, Manchester and property company, Bruntwood and highlights the importance of new writing for theatre and the value of nurturing playwrights and their craft.

Michael Oglesby commented: “We are delighted to be launching the sixth edition of the Bruntwood Prize. The ‘Bruntwood’ has grown to become much more than a competition and is now a significant event in the theatrical life of the country. It provides a unique opportunity for aspiring playwrights to have access to a network of opportunities which help them to bring their plays to the stage. Challenging plays that make an important statement about the world in which we live are my particular favourites. I am greatly looking forward to reading the entries which never cease to amaze and surprise.”

The competition is open to anyone over the age of sixteen, in the British Isles. All scripts are judged anonymously by a team of skilled readers and the final ten will be judged by this expert judging panel. Each of the winners will enter into a development process with the Royal Exchange Theatre.

In 2015 Katherine Soper became the fifth overall winner of the Bruntwood Prize for Playwriting. Her play ‘Wish List’ premiered at the Royal Exchange Theatre in 2016 before transferring to the Royal Court Upstairs.

The winning scripts, will be announced at an awards ceremony in Manchester this November. The total prize fund is £40,000 and full details on how to enter can be found at writeaplay.co.uk