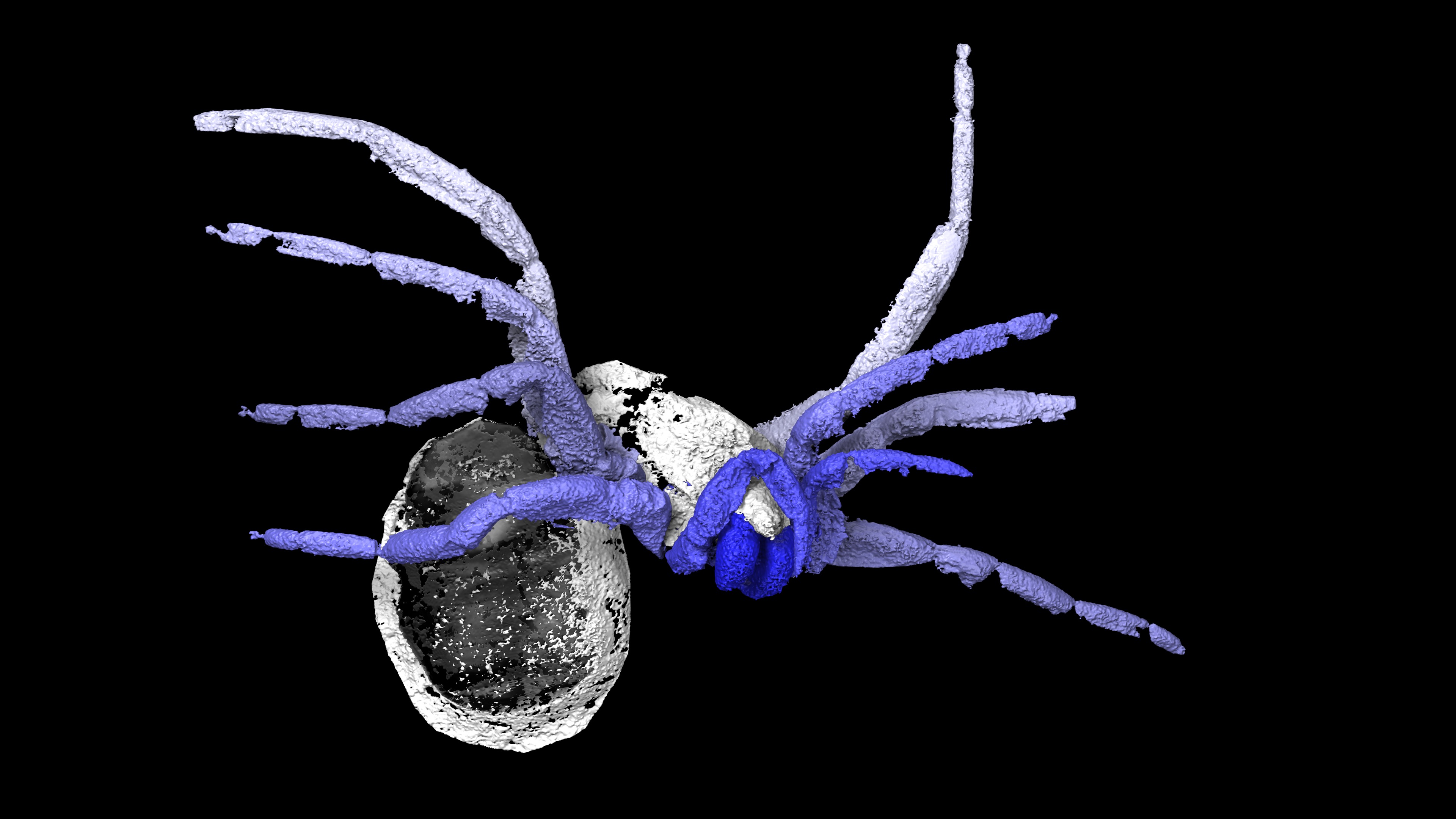 A team of researchers have discovered the fossil of a 305 million-year-old arachnid, which will help scientists to understand more about the early origins of modern-day spiders.

The new species, named Idmonarachne brasieri in honour of Professor Martin Brasier, University of Oxford, who passed away in December 2014, was found in Montceau-les-Mines, France, and researchers from The University of Manchester, Berlin’s Museum für Naturkunde, the University of Kansas and Imperial College London have worked with the Natural History Museum and the UK’s Diamond Light Source to scan and examine the fossil in detail.

Details of the origins of spiders remain limited, with little knowledge of their predecessors and no insights into character acquisition early in their evolution. This fossil was preserved in 3D, which enabled the researchers to investigate its minute anatomical details.

We have known since 2008 that a group called the uraraneids were a sister group to true spiders – they could make silk, but probably laid it down in sheets, rather than spinning it as modern spiders do. They also had a tail-like structure at the end called a flagellum.

Analysis of Idmonarachne brasieri suggests that as the spider lineage evolved, the animals lost their tail-like structure, and developed spider-like fangs and limbs. Whilst they could likely make silk, the ancestors lacked the ability to spin it using specialised appendages called spinnerets. These are the features that define true spiders, and give them more control over the use and distribution of silk.

Lead author Russell Garwood, of The University of Manchester’s School of Earth, Atmospheric & Environmental Sciences, said, “Our new fossil occupies a key position in the evolution of spiders. It isn’t a true spider, but has given us new information regarding the order in which the bits of the anatomy we associate with spiders appeared as the group evolved.”

This is part of an ongoing effort to look at early arachnids, and see what this can tell us about the early evolution of the group, how they came onto land and what their evolutionary tree looks like. Arachnids as a whole are a very diverse group, but working out how they are all related to each other has proved a challenge. The authors hope that by better understanding these fossils, they can help fill in some of the blanks.