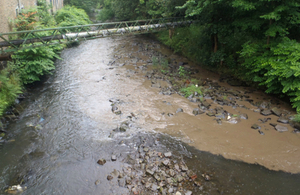 Tesco were fined a total of £8million – £5million for the health and safety offence and £3million for the environmental offence after petrol leaked into the river from their filling station in Haslington in July 2014.

Around 23,500 litres of petrol escaped from a petrol filling tank at a petrol station in Haslingden operated by Tesco.

Petrol entered the sewerage system with the odours affecting residents up to 1km away causing people to seek medical attention with headaches and sickness. The odours remained in the homes for a number of days.

Some of the petrol also entered Langwood Brook and the River Irwell causing a significant environmental impact killing fish and other aquatic life.

Samples taken from the River Irwell detected oil up to three miles downstream. Over 40 dead fish, including brown trout, were found within 1.5 miles of where the pollution entered. Anglers reported dead fish in Bury, over six miles downstream.

About 23,500 litres of unleaded petrol leaked from the tank over a 29 hour period. Around 7,000 litres was later recovered at the site and the remainder escaped into the sewer system and watercourse.

This pollution incident had a dramatically negative impact on the local community and the environment with Langwood Brook and the River Irwell severely affected. A week after the pollution incident an investigation by Environment Agency officers found fish populations in the River Irwell immediately downstream of Langwood Brook were around 90% lower than those found upstream.

Greater Manchester cases of Omicron may have been identified in Bolton