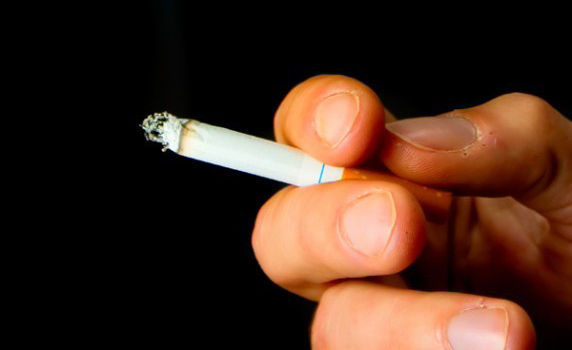 TEN years after cigarettes were banished from all UK pubs, clubs, bars and restaurants, new figures from Cancer Research UK today reveal there are an estimated 333,000 fewer current adult cigarette smokers in the North West today, compared to when the smoking ban in England was introduced in 2007.

Smoking rates in Britain are now at the lowest ever recorded, with the number of smokers having fallen by 1.9 million in a decade.

Smokefree laws have had one of the biggest impacts on public health over the last decade. The drop in smokers means there are now around 8,300,000 adult smokers in Britain.

Importantly, over this decade of clean air in pubs, the proportion of 16 to 24 year olds in Britain who smoke has fallen to 17 per cent from 26 per cent in 2007 – a record low. The drop in this age group is bigger than in any other.

England was the last of the four UK nations to go smokefree, in July 2007. Scotland was first in March 2006, followed by Wales then Northern Ireland, both in April 2006.

A new poll for Cancer Research UK of more than 4,300 people across Britain also revealed that very few people want to turn back the clock and allow smoking in enclosed public spaces. Only 12 per cent were in favour of reversing the smokefree laws.

Most people feel the smoking ban has been positive, with only eight per cent who think the change has made no difference to them or to public spaces.

The most commonly identified benefit was that people’s clothes do not smell of smoke after a night out (67 per cent), followed by restaurants and pubs now being more family-friendly (66 per cent).

Almost six in 10 (57 per cent) agree that the health of hospitality workers has improved, and almost four in 10 (38 per cent) say their own health has also benefited from the reduced exposure to second hand smoke.

Twenty per cent of smokers said the ban had helped them cut down the number of cigarettes they smoke, and an impressive 14 per cent of ex-smokers credit the ban with helping them quit altogether.

Almost four in 10 (38 per cent) of people across the UK believe that the ban has also helped protect the next generation from taking up smoking.

In addition to the smokefree laws, other measures have been introduced to help reduce smoking over the last 10 years. This includes increased taxes, putting tobacco out of sight in shops, getting rid of cigarette vending machines and most recently plain, standardised tobacco packaging.
But even with the fall in smoking rates, tobacco continues to devastate millions of lives. Continued effort is needed as smoking rates will not come down on their own.

Cancer Research UK is calling on the government to publish a tobacco control plan without further delay, to help maintain the progress in reducing smoking rates.

Only by building on the success of the ban will the UK reach the goal of reducing smoking to five per cent across all socioeconomic groups by 2035.

Alison Barbuti, Cancer Research UK’s North West spokesperson, said: “We are delighted that 10 years on, the smoking ban has proven to be an enormous success.

“Alongside other organisations, Cancer Research UK worked extremely hard for many years to ensure that the law would be effective and that no one would be exposed to toxic second-hand smoke. The impact on public health is hugely significant. It’s rewarding to know that this effort will go on to have a monumental impact on the health of future generations.

“Aside from protecting people from the deadly effects of passive smoking, we’ve also seen significant changes in public attitudes towards smoking. It’s now far less socially acceptable and we hope this means fewer young people will fall into such a potentially lethal addiction.

“But the job is far from over, as there are still more than eight million smokers in Britain and tens of thousands of children take up the deadly addiction every year.

We need this government to continue focussing on tobacco and we urge it to publish the Tobacco Control Plan for England as soon as possible.”

Simon Gillespie, Chief Executive at the British Heart Foundation, said: “The smoking ban – brought about by years of tireless campaigning – has helped significantly reduce smoking rates in the UK, and in turn helped to save thousands of lives. Smoke filled pubs, restaurants and public places are today nothing more than a bad memory.

“But a decade of progress can’t allow us to be complacent. Smoking remains the leading cause of preventable death in the UK, and the cause of many fatal heart attacks or strokes. It’s heartening to see that the public is more supportive than ever of measures to curb smoking, and we must capitalise on this to ensure the support is available to help more people quit.”

Fear of crime and of parents struggling to pay the bills blights our children’s...

New year, new you – why Dry January is taking off