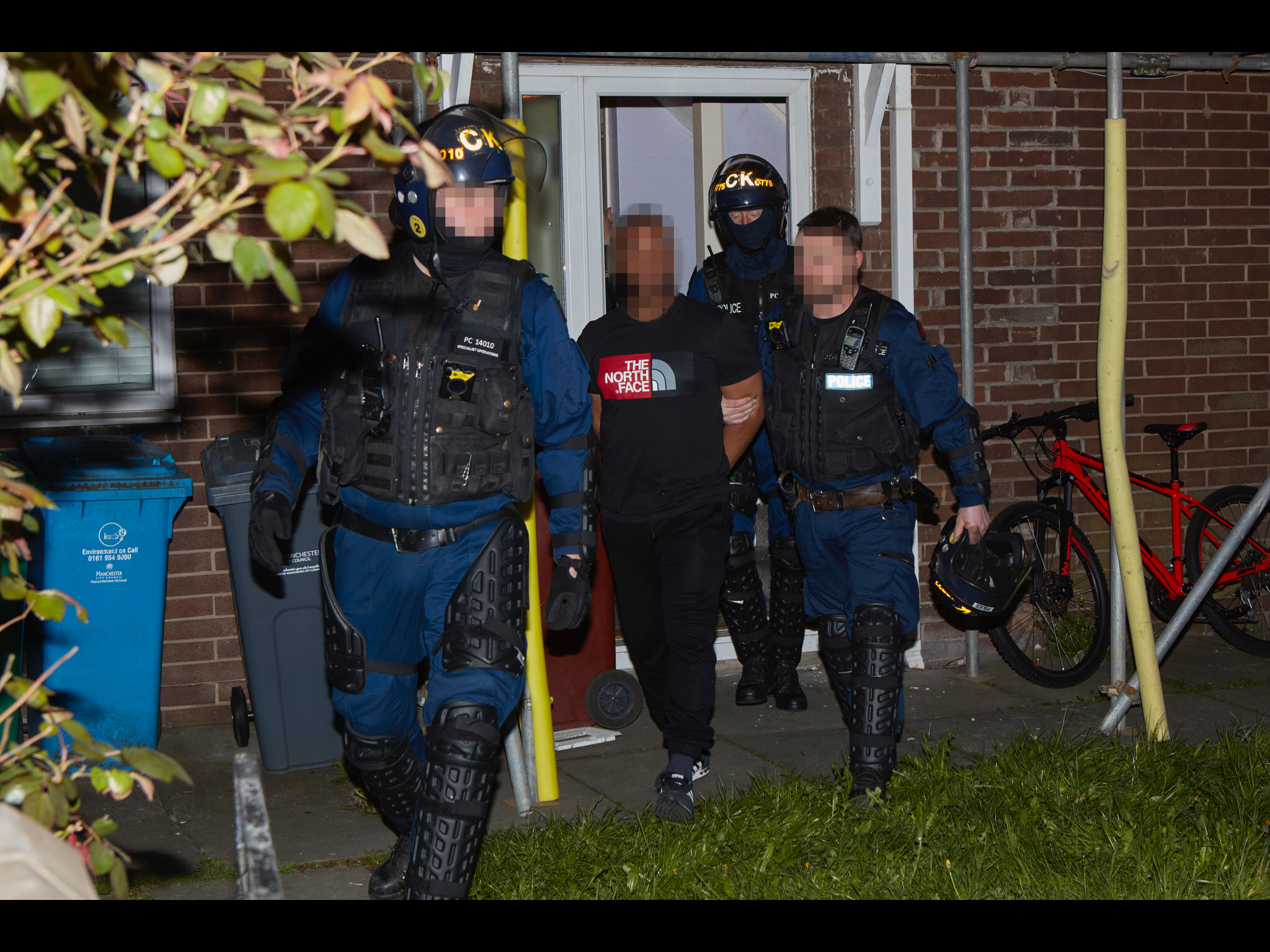 Seven people will appear in court this morning after thousands of pounds worth of drugs were seized following raids across Manchester yesterfay morning.
Over 100 officers from Greater Manchester raided eight addresses in Chorlton, Whalley Range, Moss Side, and Withington.

Ten men were initially arrested on suspicion of a number of drugs offences including possession with intent to supply Class A drugs.

Drugs, including what is believed to be cocaine and ecstasy, with a street value of thousands of pounds were seized and £20,000 in cash was recovered from the properties.

A Taser and stolen drivers licenses were also recovered.

It follows concerns raised to the police by the community and falls under Challenger Manchester team which is dedicated to targeting organised crime in Manchester.

“We targeted those involved in the supply of Class A drugs and managed to recover thousands of pounds worth of what we believe is cocaine and ecstasy, which was destined for the streets of Manchester.

“These warrants couldn’t have been done without the help from the community. You gave us the intelligence we needed to get the drugs and the people who supply them off the streets.

“We will continue to work with our partners and the local communities to keep our streets safe and bring those who bring crime to our doorsteps to justice.”

Corrie tea on the 23rd Floor