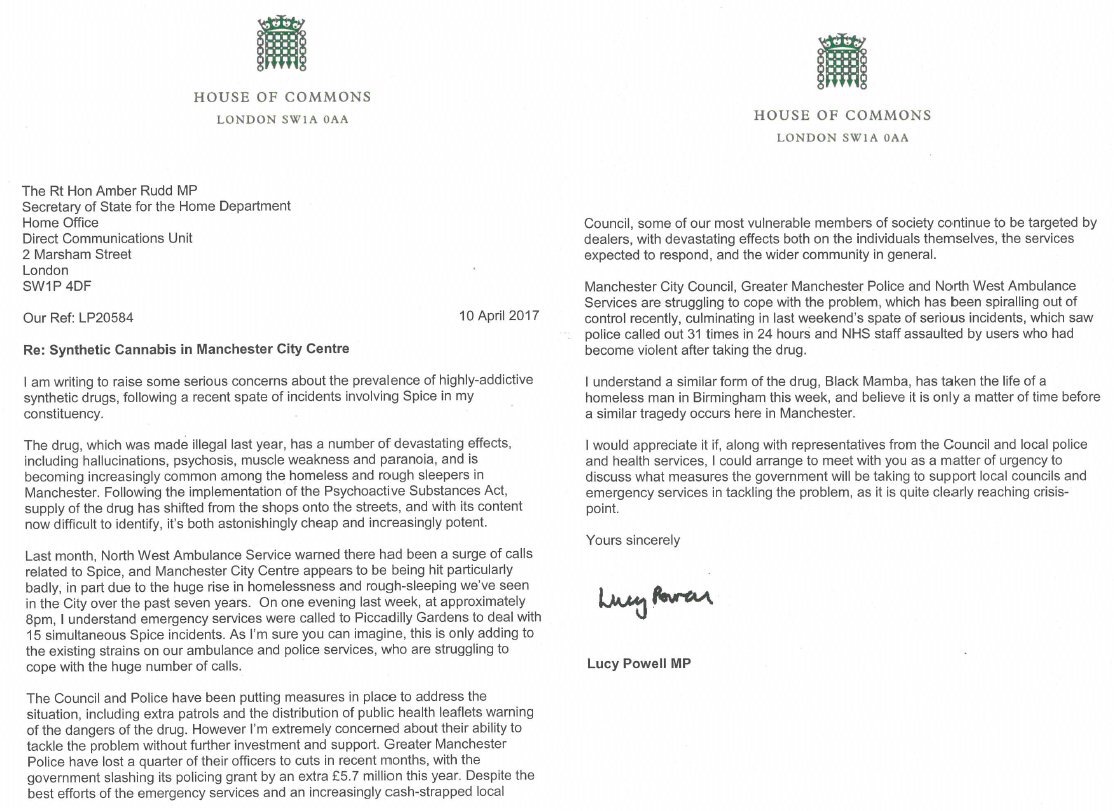 Manchester Central MP Lucy Powell’s has invited the Home Secretary Amber Rudd to come to Manchester to see the Spice problem and to discuss how the Government can help.

In the letter the MP outlines how Manchester City Council, Greater Manchester Police and the North West Ambulance Service, which culminated in last weekend’s spate of incidents which saw police called out thirty one times in 24 hours.

Earlier this week, Superintendent Wasim Chaudhry from GMP’s City Centre team said: “We are doing all that we can to tackle the issue of people taking Spice in Greater Manchester. This is a problem that we cannot afford to get any worse.

“We have increased the number of specially trained officers to try and combat the issues and help those using Spice to access the support they need but to also ensure that danger of Spice is clearly communicated .”

“The truth is, tackling the issues caused by Spice is putting pressure on public services and is taking up a lot of our resources. Particularly in Manchester city centre.”
A distressing  video emerged on Monday of people staggering around the streets in the City Centre suffering from the effects of the drug Spice.

The clip shows two men smoking the drug in a phone box before one collapses on a bench nearby to the horror of onlookers.

The synthetic cannabis has been sweeping the nation leaving users – many of whom are homeless – resembling ‘zombies’.

Jazz on Film at HOME

The Road to Rome is paved with good intentions