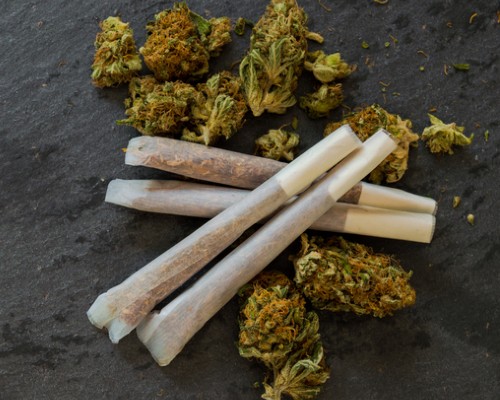 Teenagers who use cannabis frequently may be more likely to have children born preterm, when they become parents up to twenty years later, finds a new University of Bristol-led study. The research, published in Scientific Reports, repeatedly assessed 665 participants in a general population cohort on their tobacco and cannabis use between ages 14 to 29 years, before pregnancy.

The study, led by academics at the University of Bristol in collaboration with the Murdoch Children’s Research Institute in Australia, is the first to identify that frequent adolescent cannabis use may also carry intergenerational risks

Maternal tobacco or cannabis use in pregnancy is linked to babies being born preterm and having low birth weight, raising the risks for health problems in these babies.  Substance use in pregnancy tends to be a continuation of use that started before pregnancy, raising a question of whether use in pregnancy or before could be associated with a baby’s early growth.

The collaborative research team used the prospective cohort from the Australian Victorian Adolescent Health Cohort Study (VAHCS) and Victorian Intergenerational Health Cohort Study (VIHCS), with parents recruited to the study when they were in secondary school and followed up until they started having children in their late 20s and 30s; their children were then recruited into a new study.

The researchers found babies born to parents (aged 29 and over) who had used cannabis every day for a period of time between the ages of 15-17 were estimated to be considerably more likely to be born preterm or to have a low birth weight, when compared to babies born to parents who hadn’t used cannabis as teenagers. This effect was limited to people using cannabis at the highest levels of frequency.

The findings are the results of a 20-year prospective study, following parents from their teenage years into their 30s, which found that 20 per cent of all preterm births to study participants occurred in parents who had used cannabis daily during their teenage years.

Dr Lindsey Hines, Research Fellow in Bristol Medical School: Population Health Sciences (PHS) at the University of Bristol, said: “Cannabis is the most commonly used illicit drug amongst teenagers. There is already evidence that frequent adolescent cannabis use increases the risks for poor mental health, but our results indicate there may be further effects that individuals may not anticipate.

“As regulations around legal use liberalise, there is a possibility that adolescent use may increase in some countries. These findings provide additional motivation for ensuring that policy changes do not lead to greater adolescent use.”

So how dirty is the Manchester air?