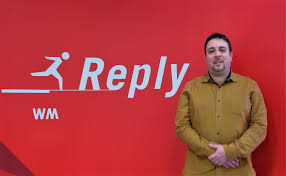 A tech firm specialising in world-class intranets and business solutions is opening a new office in Manchester and bringing new jobs to the city.

WM Reply, which specialises in business systems using Microsoft SharePoint and Office 365, is proud to announce the opening of a new office, joining their existing locations in Chester and London.

The new site in Manchester is located in the state-of-the-art iHub Offices in Piccadilly Gardens in the city centre and the intranet experts are now looking to recruit for a number of senior consultant roles to represent the company in the city.

Manchester is fast establishing itself as a global hub for enterprises working in the digital space, with the city’s tech sector worth £2.9 billion to the UK economy. Alongside London and Bristol, it is now regularly the location of choice for tech companies, from start-ups to some of the biggest names in the field, as demonstrated by Microsoft’s recent move of 100 members of staff to the city centre.

David Gumbleton, Lead Consultant at WM Reply, is heading up the team in the new location, having moved from the company’s office in nearby Chester. Although currently looking to set up a small team, there is no reason in future why the size of the Manchester team shouldn’t match that of London.

David believes it would be difficult to find a company with a better ethos and attitude towards its employees. Joining in 2012, in 2014 David was supported in taking a year out in New Zealand, before re-joining the company in the UK in 2015.

This flexible ethos also extends to day-to-day working operations of the WM Reply team. Given the close proximity of their office in Chester, any new recruits can expect to have plenty of opportunity to work with team members across the two sites.

David added: “Anyone joining WM Reply can expect to be part of a team with a great working culture. As a company we are supportive, inclusive and believe in investing in all our employees.”

Richard Acreman, Partner at WM Reply, said: “I’m very proud of the growth we have achieved at WM Reply. With the tech sector in Manchester thriving and the city the home of some of the best talent in the country, choosing to open an office here was really a no-brainer.”

When to Change Your Locksmith Bradford