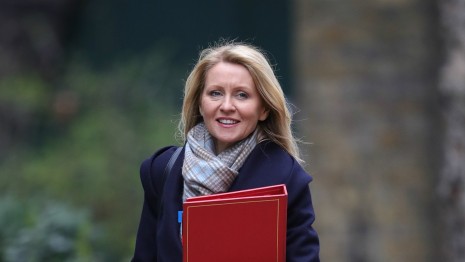 The former Work and Pensions Secretary said that she now had enough support from Tory colleagues to launch her campaign.

Speaking to Talk Radio,McVey said: “I’ve always said quite clearly that if I got enough support from colleagues then yes I would, and now people have come forward and I have that support.”

McVeyquit the Cabinet last year in protest of Mrs May’s Brexit deal, said the Tories needed to be led by “somebody that actually believes in Brexit”.

She said: “We all know Theresa May is dutiful but when your party is saying time for somebody else to deliver Brexit then I’m afraid we need somebody to deliver that Brexit.You’ve got to have somebody that actually believes in Brexit.Get rid of that backstop and use the £39billion to get that free-trade agreement.You have to have belief in the opportunities of Brexit… you have to believe that the backstop must go, you need a new team of negotiators.”

World Book night-what you should be reading