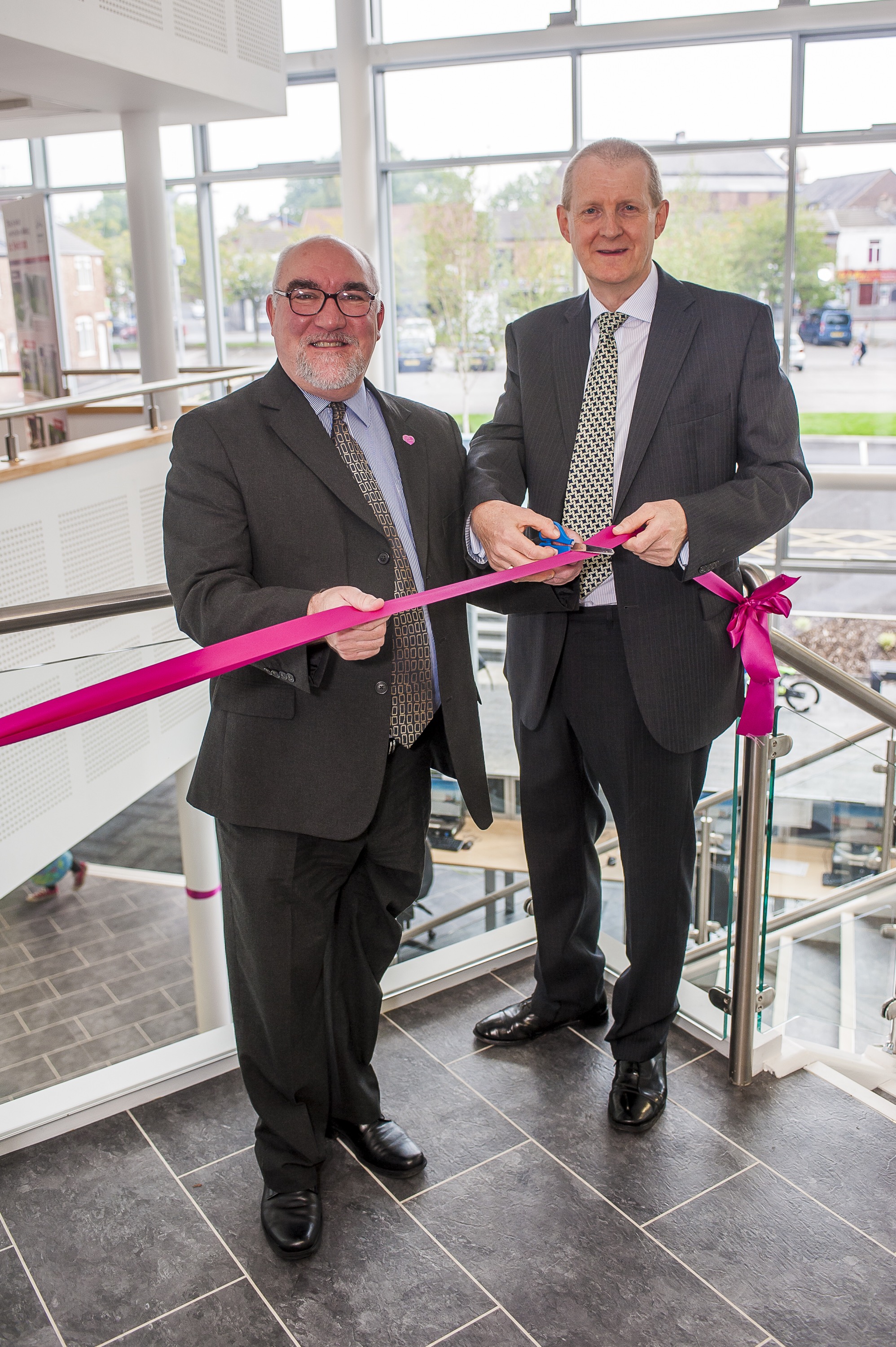 A brand new community hub in Swinton has been officially opened.

The ribbon was cut by Ian Stewart the City Mayor of Salford and Dr Hamish Stedman from NHS Salford Clinical Commissioning Group (CCG) at the £5m Swinton Gateway.

It brings NHS and Salford City Council’s children’s, housing and customer services under one roof and closer to the community.

And the library, managed by Salford Community Leisure, has moved in from the Lancastrian Hall and the public can access free computers and Wi-Fi.

It’s all part of a pioneering project between the Salford City Council and the NHS Salford CCG.

Salford City Mayor Ian Stewart said: “It is an absolutely fantastic transformation of a former council office – and a lot of hard work has gone on behind the scenes to make this happen.

“People love the light and airy facilities and easy access to the services they need, including the Credit Union and support for armed forces, and they particularly appreciate the children’s library and children’s centre.”

Dr Hamish Stedman, GP at The Lakes Medical Centre in Swinton and chair at Salford CCG said: “The CCG is delighted to have worked in partnership with Salford Council to build the city’s new Gateway.

“Centres such as these provide a valuable resource for residents, offering everything from healthcare to library facilities and this latest Gateway will prove a real asset to the people of Swinton.”

Funding has come from Salford CCG, the design was by Urban Vision and it was built by Kier Construction.