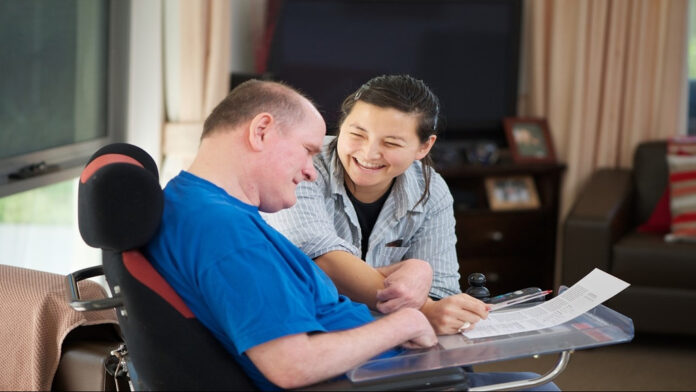 Over 40% of people with learning disabilities lost care and support over the past decade as a result of cuts to social care funding according to new research from Bath’s Professor Rachel Forrester-Jones and colleagues at the Tizard Centre, University of Kent.

Mapping the experiences of cuts to services introduced in 2008 for 150 people with learning disabilities the research team found that one in four reported they had lost care while only 7% said their care had improved.

Most significantly, they found that those who had lost care were engaging in significantly fewer activities. These individuals scored lower on the Quality of Life index, which measures individual wellbeing, and had significantly lower self-esteem. Three quarters (74.8%) of the sample also scored highly for having ‘clinically significant’ anxiety.

Overall those who had lost care reported a reduction in daily activities – experienced particularly when day centres closed. They also reported an increased likelihood of feeling lonely or bored as well as a general loss of aspirations for their future.

Having studied the experiences of individuals from across England, the researchers found that there was no significant difference between regions, suggesting that austerity has been a leveller putting all people with a learning disability in a ‘precarious situation.’

Research lead, Professor Rachel Forrester-Jones, Director of the Centre for the Analysis of Social Policy at the University of Bath (former Director of the Tizard Centre), explains: “The Care Act 2014 enshrines support to help people with complex needs, including those with learning disabilities. But our research highlights the clear and very significant challenges that stand in their way in terms of reduced access to services and support as a direct result of austerity.

“Cuts to services right across the country have had a significant negative impact on the lives of many people interviewed, which has long-term consequences for individuals, their families and their futures.

“Improvements in social care support are needed. But we are starting from after 10 years of reductions in local services, with additional challenges from the impact of COVID-19 which would need to be addressed to support local authorities to fulfil their legal duties under the Care Act 2014. This will take vast amounts of resources and our study has shown that the scale of the challenge cannot be under-estimated.”

Professor Glynis Murphy from University of Kent’s Tizard Centre added: “Removing even small amounts of support can make the most enormous difference to people’s quality of life. It is important to recognise how austerity has affected the most vulnerable in our communities.”

Bowden School shut by Trafford Council as relations between head and teachers, governors and...