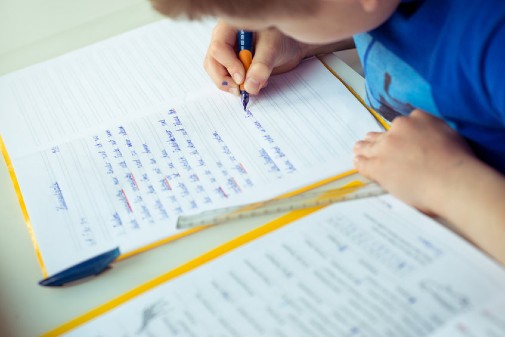 Lessons on grammar are a key feature of the national curriculum taught in England’s primary schools, but they don’t appear to help children to learn to write, new research reveals.

The study, co-authored by researchers at the University of York and University College London (UCL) and funded by the Nuffield foundation, found that while grammar teaching had encouraging results when it came to children’s ability to generate sentences, there was no statistically significant improvement in their narrative writing.

The authors of the study say their research adds to a growing body of evidence which calls into question the current way grammar is taught: they suggest that a review of the requirements for grammar in England’s national curriculum is needed.

The study is the first randomised controlled trial worldwide to examine how Year Two pupils’ (six to seven-year-olds) writing might benefit from grammar teaching. The research assessed the impact of a new grammar teaching intervention called Englicious.

70 Year Two teachers in 70 primary schools, and 1,736 pupils, were recruited to the study. The teachers and their pupils were allocated at random to either receive the Englicious intervention programme or to have their usual grammar teaching.

Co-author of the study, Carole Torgerson, Professor of Educational Evaluation in the Department of Education at the University of York, said: “The results of this rigorously designed and conducted randomised controlled trial confirm findings from earlier systematic reviews of trials that formal grammar teaching appears to have little effect on narrative writing.

“Teachers were generally positive about Englicious, perceiving it to be an appealing approach to the teaching of grammar; however, this view did not translate into a positive effect on the main outcome.”

Lead author of the study, Professor Dominic Wyse from UCL, added: “The lack of impact of grammar teaching on pupils’ narrative writing raises questions about the extensive grammar specifications that are part of England’s national curriculum.

“Although teachers praised the Englicious intervention for its hands-on and interactive approach, our results match other experimental trials which do not provide enough robust support for extensive grammar teaching as the best way to improve writing.”

The researchers suggest the national curriculum should focus more on what helps children to develop their writing skills at different points in development, focusing on teaching approaches such as sentence-combining, strategy instruction and emphasising the processes of writing.

Co-investigator, Professor Bas Aarts from UCL, said: “The free resources on the Englicious website did help teachers to deliver the specifications of the national curriculum in an engaging way, and led to a positive effect on children’s ability to generate sentences by combining clauses.

“We would have liked, however, to have seen stronger evidence of the benefits of grammar teaching on children’s narrative writing and more must be done to help children learn to write.”

Focus on ‘catching up’ on lost learning during the pandemic places unnecessary psychological pressure...

Seven in ten teachers across the North West don’t know how to teach a...