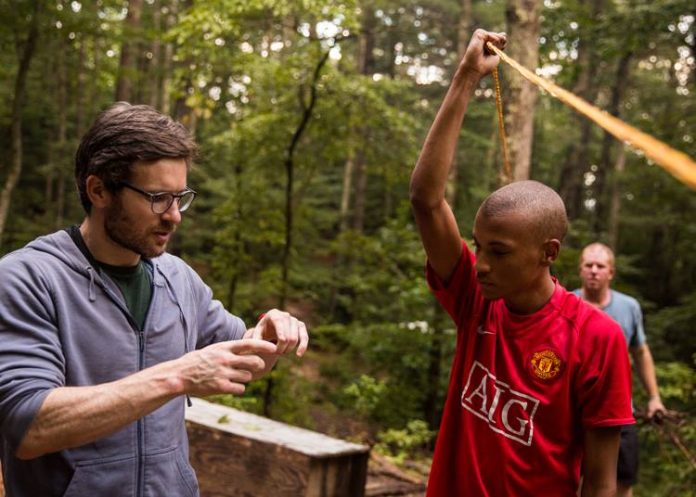 A mature student who has stammered since the age of three, has finally achieved his dream of qualifying as a Speech and Language Therapist at The University of Manchester with a first-class honours, graduating on July 13.

Richards Stephens, 37, went through his child and teenage years, he said, as being seen as stupid, shy or anxious, because he repeatedly avoided speaking to others to escape negative reactions towards his stammer.

But now he is preparing to commence an MSc in neuroimaging and neuroscience at Manchester- the first Speech and Language Therapy graduate ever to do so.

“When you are young, stammering affects everything,” he said.

“I wouldn’t offer to perform in school plays or speak up in class. I couldn’t even say my own name”.

Richard, treated by a speech and language therapist from the age of 7, says therapy repeatedly failed to deal with the deep-seated psychological and social problems he was going through.

In his early thirties, Richard attended the British Stammering Association’s Manchester support group, meet many other people who stammered, one being a speech and language therapist. With this support, he gained confidence in his speech and formed a better relationship with his stammer.

His volunteer work at Camp SAY – a camp for children who stammer – in America over the past 3 summers, has been a revelation, as has his friendship with the world-renowned stammering researcher Professor Edward Conture from the United States.

He said: “Stammering used to dominate all of my life choices. I first chose to study IT as an undergraduate at Liverpool John Moores because I thought I wouldn’t have to talk much and could communicate via e-mail.”

“In restaurants I’d order dishes which were easier for me to pronounce and not the ones I really wanted.”

But after gaining confidence in his speech after working as a psychiatric nurse, and through the support group, Richard decided to follow his dream at Manchester, and ever since, his life has been transformed.

He added: “I was so happy with being able to pursue my dream of being an SLT and working with children and adults who stammer.”

“And yet, 4 years down this path, I’m now getting ready to further my dream with a potential career in postgraduate stammering research. I want to help better understand this speech disorder, not only for myself, but for the benefit of the millions of people who stammer worldwide.”

“I would not have even contemplated this future if not for the influence of so many people I have been fortunate to have met through my experiences at Camp SAY, ASHA, and the support group.”

“But more closer to home, through the on going support from my family, and the support and inspiration I have received from all of the staff attached to the SLT course at Manchester.”