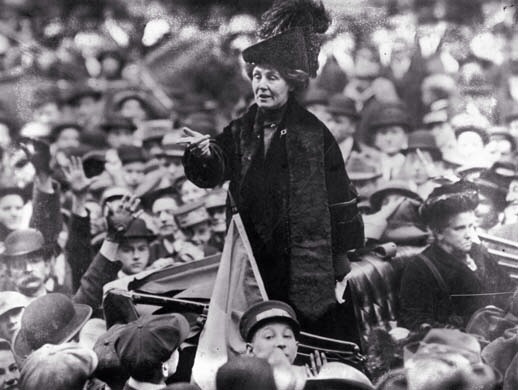 According to the Hollywood reporter, the film, about the early days of the women’s rights movement, is due to start filming on Monday.

Pankhurst was born in Moss Side in 1858, marrying lawyer Richard, a firm believer in the social and political emancipation of women. He would pass on ideas to his younger bride.

Together they would set up the Women’s Franchise League in 1889 and after Richard’s death in 1898, Emily would be persuaded by her daughter, Christabel, to form the more militant Women’s Social and Political Union.

Emily was arrested six times as the group rose to providence before the First World War but when fighting broke out, she urged all women to stand behind the war effort.

The franchise was given to women in 1918 and the following year she emigrated to Canada, staying until in 1926. She died in 1928, having been adopted by the Conservative Party to stand for the seat in the next year’s election.

For Streep, it won’t be her first connection to Manchester, after an award winning portrayal of Margaret Thatcher with scenes filmed at Manchester Town Hall.