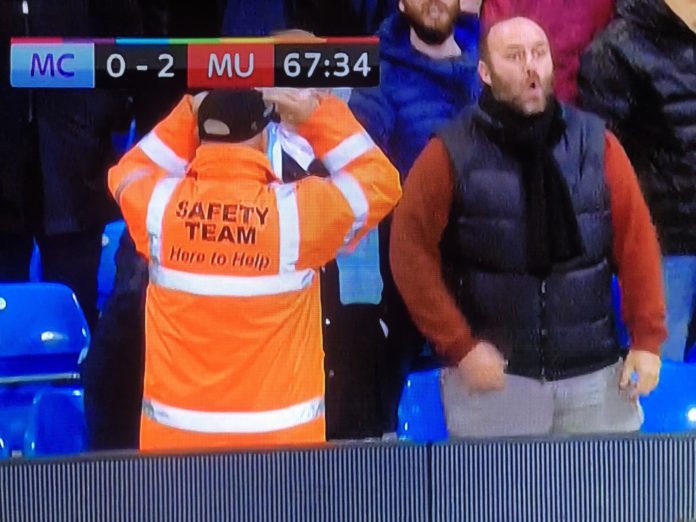 At the end of the game on Sky Sports, former United defender Gary Neville blamed Boris Johnson’s election rhetoric on immigrants and immigration for fuelling the number of racist incidents in British society and sport.

You are watching the prime minister’s debate where he is talking about migration to this country and people having to have certain levels. It fuels it all the time. It has got worse over the last few years in this country and not just in football,”

He added: “This fan thinks he can come to a game and racially abuse someone playing football. It is disgusting. It is terrible and something has to be done. It is not just about banning him from football. Everyone has a responsibility.”