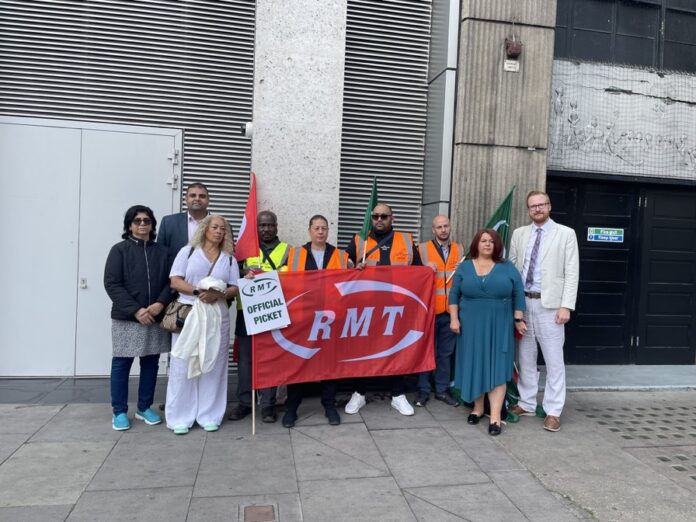 He tweeted earlier along with a picture of him on a picket line saying:

“This treacherous government has underfunded & mismanaged our public transport network for more than a decade.

As a proud trade unionist, I stand with all workers on our railway network who are taking industrial action to fight for their jobs & keep passengers safe”

To which Tory Party chairman replied:

“Nothing to see here, just a Labour whip joining a picket line as millions of people have their lives disrupted.

When we say these are Labour’s strikes, this is exactly what we mean”

Which then incurred another tweet from the Stockport MP who said:

You should go back to supporting your lawbreaking PM.

He may though be in trouble with his party leader Kier Starmer who had instructed his MP’s not to join picket lines along with Kate Osborne and Paula Barker, both parliamentary private secretaries to shadow ministers, who were also seen on picket lines