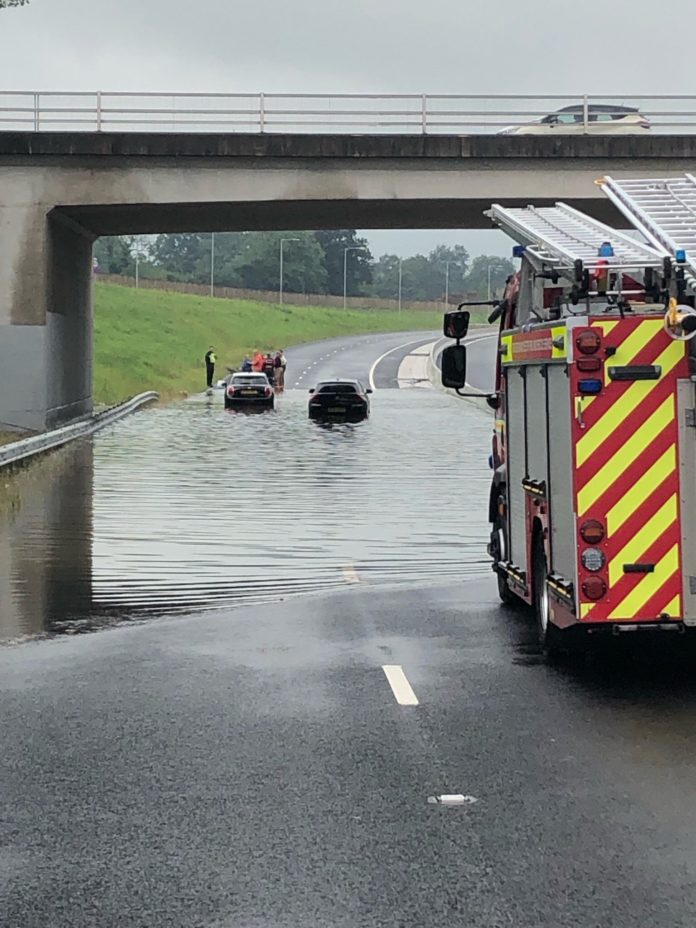 Stockport Council are commissioning an independent review into the events leading up to the recent flooding.

The review will assess how and why it took place and what measures should be put in place to mitigate against any future recurrences.

This will also review the findings following the 2016 flooding and the subsequent actions undertaken.

The council have undertaken an initial review of council infrastructure such as bridges and retaining walls following the floods and have not identified any immediate concerns.

They have also reviewed the impact of the floods on local culverts and have started the process of clearing their trash screens on a priority basis.

@We are aware some footpaths have been damaged and have made safe or cordoned off and are developing a prioritised repair programme. We have identified those gullies affected by the flooding and will have inspected them all by the end of August. We have also swept most of those streets affected by the flooding and are inspecting neighbourhoods to check where further work is needed.”

As for the airport link road they installed the new water pumps for the A555.

These were identified as required following the flooding earlier this year, and were scheduled to be installed the week of the floods. They are now in place and work is being undertaken to remove silt from the tank system.