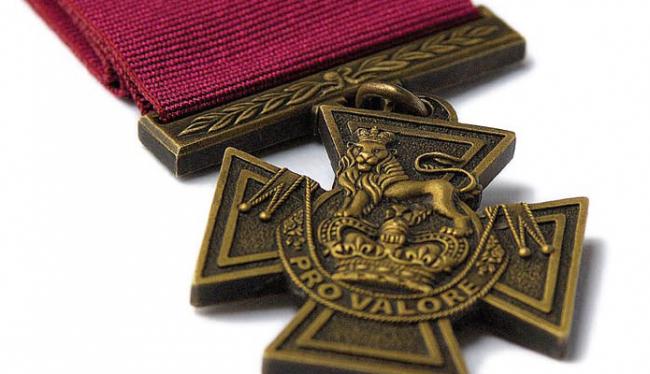 Stockport Council is appealing for the families of two Stockport-born Victoria Cross (VC) recipients from World War I to come forward.

The two war heroes are Wilfred Wood, from Hazel Grove, and James Kirk, from Cheadle Hulme.The Council is preparing to honour them during a series of events to commemorate 100 years since the end of the war.

It’s understood that Mr Wood was born on 2nd February 1897 and was a private from the 10th Battalion, The Northumberland Fusiliers.

Mr Wood was awarded a VC on 28th October 1918 for his bravery and initiative at the Battle of Vittorio Veneto in Italy. His actions caused hundreds of enemy soldiers to surrender. Mr Wood died on 3rd January 1982.

Mr Kirk was born on 27th January 1897 and was a second lieutenant from the 10th Battalion, the Manchester Regiment.

Mr Kirk was awarded a VC for his bravery and devotion to duty in north of Ors in France. His actions prevented many casualties and enabled men from his party to cross a bridge before it was eventually destroyed. Mr Kirk died on 4th November 1918.

As part of the events, commemorative paving stones will be laid on Hazel Grove and Cheadle Hulme war memorials respectively on Sunday 28th October 2018 and Sunday 4th November 2018, which will be 100 years to the day that each men were awarded their VCs.

The Council wants to find out more about these two brave men and ask their families if they’d like to be involved in the commemorative events.

If you’re relative – or just a friend – of Mr Wood or Mr Kirk please come forward and contact alison.farthing@stockport.gov.uk or call 0161 474 4469.

12 million people in Britain are likely to struggle with bills and loan repayments...

‘Employers must act now to make a success of hybrid working across the North...