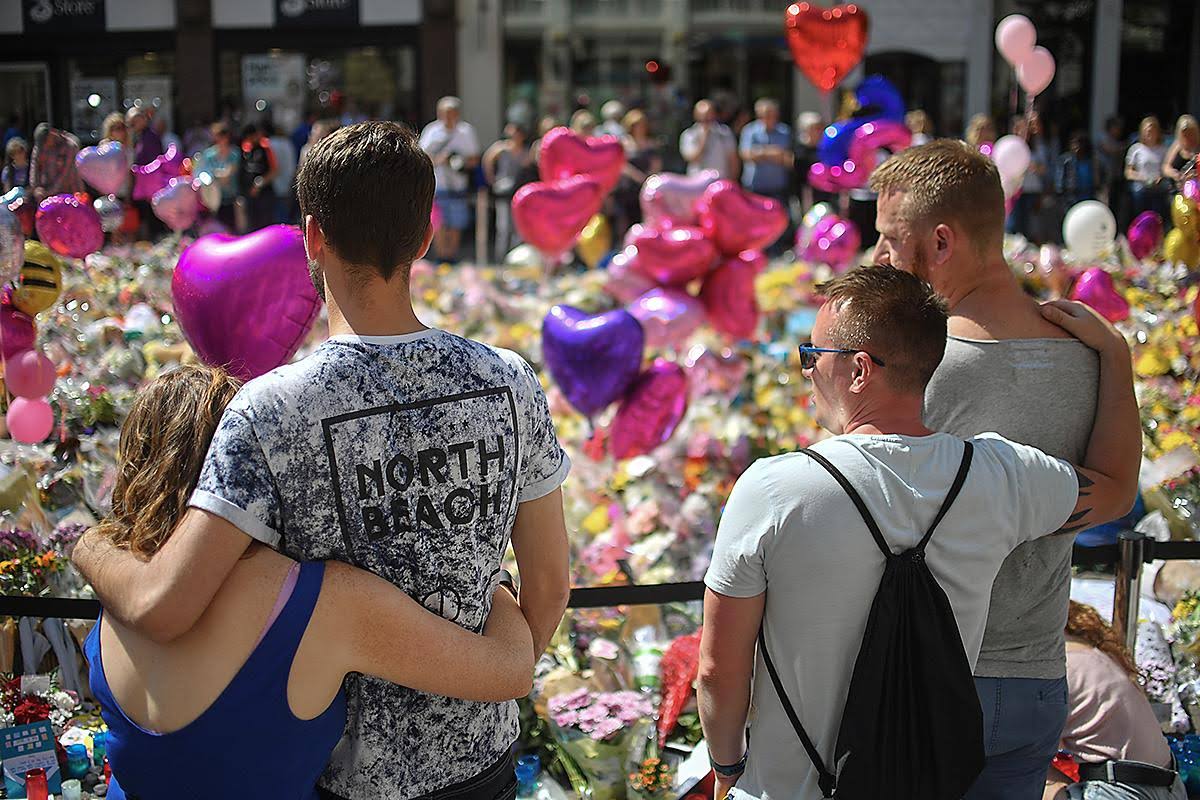 Details of plans to respectfully relocate tributes to the victims of the Manchester Arena terror attack which had been left in St Ann’s Square have been announced.

The sight of St Ann’s Square transformed by floral and other tributes is an indelible image which will live forever in the minds of Manchester people. It has become a symbol of the city’s shared grief and spirit of solidarity.

Yet by its very nature it is widely recognised that it could only ever be temporary. Council staff, partner organisations and volunteers have been working hard to maintain and preserve it for as long as possible in a fitting condition.

As many as possible of the flowers that are still in good condition will be pressed and preserved by Manchester Art Gallery’s Conservation Studios, with some used in memorial books to be presented to the families of the 22 people who lost their lives in the attack. Pot plants left in the square will be replanted across the city centre and any remaining flowers and other plants which are in a worse condition will be used for compost, to help new life flourish. Volunteers from In Bloom groups across the city will help lovingly sort the flowers.

Soft toys and other non-perishable items such as football shirts will be cleaned and dried and plans will be put in place to distribute them via children’s charities.

Arrangements are also being put in place by Manchester Central Library’s Archives and Manchester Museum teams to preserve messages left on cards in the square, which it is recognised are an important part of Manchester’s social history.

Manchester Cathedral welcomes people who wish to reflect pay tribute, grieve or reflect on the events of 22 May. There are opportunities to light or candle or sign a book of condolence and the council’s online book of condolence can be found at www.manchester.gov.uk/condolences

The Boer War Memorial in St Ann’s Square, to Mancunians who lost their lives in that conflict at the turn of the last century and paid for by members of the public, will also be cleaned and restored later next week.

Councillor Sue Murphy, Deputy Leader of Manchester City Council, said: “St Ann’s Square has been a remarkable sight and a moving temporary memorial which we have maintained as long as we practically could. People should be reassured that neither those who lost their lives or were hurt on 22 May nor the remarkable resilience and refusal to give into hate which Manchester demonstrated will ever be forgotten. That spirit and those memories will live on forever.

“Wherever possible all items will be preserved or appropriately re-used. We are ensuring, via police family liaison officers, that the families are kept fully informed about how we are handling this sensitive process. We will also be taking steps to ensure they have a permanent record of the spontaneous St Ann’s Square memorial and we are giving serious thought to how we ensure the creation of a suitable permanent memorial.”