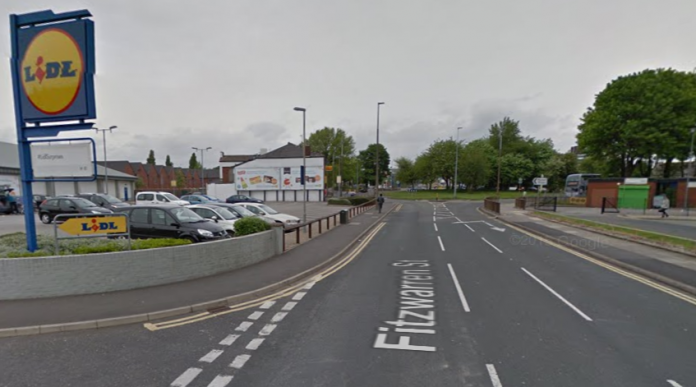 Police are appealing after balaclava wearing men chased and shot at a man in Pendleton yesterday evening.

The incident happened shortly before 8pm when witnesses described seeing two men chasing another man near to Lidl on Fitzwarren Street and shooting at him.

One shot had hit a silver Renault Megane which was being driven by a member of the public.

The two men had made off in a black Volkswagon Golf before police arrived. Efforts were made to find the man who was being chased, however these efforts were unsuccessful.

Detective Sergeant Rachel Smith from GMP’s Salford borough said: “This was a terrifying incident which could have so easily been life threatening for members of the public going about their business.

“We don’t believe there were any serious injuries last night, property owned by innocent members of the public was damaged, but im thankful that we’re not dealing with a more tragic situation.

“The incident happened shortly before 8pm so there will have been lots of people who may have witnesses what happened. I’m appealing for them to get in touch.

“Also, anyone who knows who the two men wearing balaclavas could be or has any idea of who their victim is should call me as soon as possible.

“One gun on the streets of Greater Manchester is one too many, we will not stop until we find those who continue to put people’s lives in danger by being so reckless.”