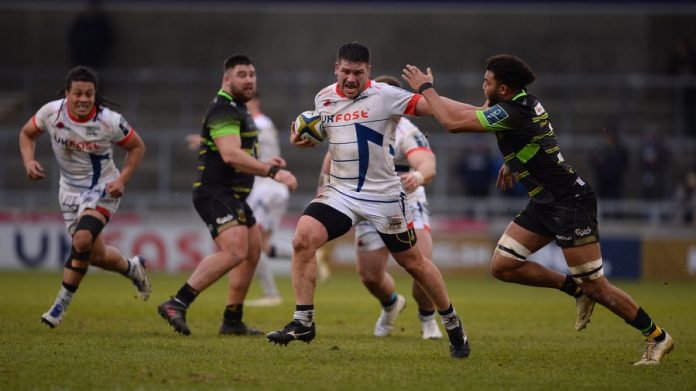 Sale Sharks saw their Anglo-Welsh Cup hopes suffer last-gasp heartbreak at the AJ Bell Stadium as Nafi Tuitavake’s try snatched victory for Northampton Saints.
A youthful Sale side looked to have secured what would have been a deserved third successive group victory after tries by Sam Moore, Luke James and Marc Jones had opened up a 20-17 lead with less than a minute on the clock.

But a powerful Saints side summoned up their cavalry for a late, late response as they laid siege to the Sale line in a frantic finale.

And with time up on referee Anthony Woodthorpe’s watch, there was a cruel twist in the tale for the Sharks as Tuitavake scrambled over to steal victory and deal a potentially fatal blow to Sale’s hopes of qualifying for the semi-finals.

Jennings makes first start since December for the Sharks