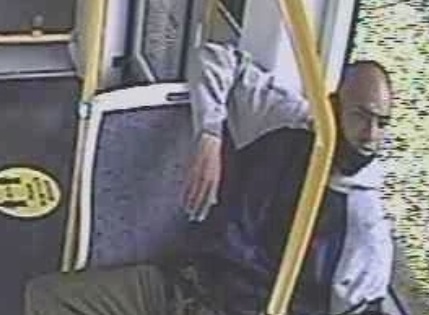 Police are appealing for information after receiving reports of a man carrying a bladed article on the Metrolink over the weekend.

Officers investigating the reports have released two images of a man they are keen to speak to about the incidents and advise anyone who sees the man not to approach him but to immediately contact police on 999.

At around 12.30pm on Saturday 27 June police received a report of a man acting suspiciously on a Metrolink service at Victoria Station. The man was also verbally abusive to a woman on the tram.

The man was later sighted an hour later in Prestwich with a bladed article.

GMP’s Transport Unit is exploring several lines of enquiry and is appealing to the public to contact them with any information they may have about the man pictured so they can discuss these incidents as part of their enquiries.