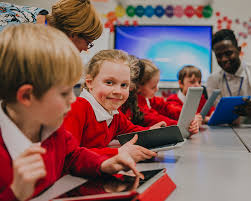 The schools minister Nick Gibb has confirmed that schools will return at the beginning of September across Greater Manchester even if the region is still subject to Covid restrictions.

The minister told Sky News: “We’re very clear that all children will be returning to school in September, including in areas of local lockdown such as Greater Manchester.

“It is hugely important for children’s education, for their wellbeing, that they do return to school and schools are working enormously hard in preparation for September to make sure that the risk of transmitting the virus within the school environment is kept to an absolute minimum.”

Asked whether the Government would consider closing pubs and restaurants to ensure all children can return to school safely in September, Nick Gibb replied: “Our priority is to make sure that children are back in school with their friends.”

The Minister also confirmed that the guidance remains that secondary school pupils will not have to wear face coverings in school.

Nick Gibb told BBC Radio 4’s Today programme: “As I said, we are led by the science.”

Asked why over-11s must wear face coverings in shops and on public transport but not in schools, he said: “Well, that is what the science tells us.

“Within a school, of course, you’re not with people that you don’t meet normally, you see these same children every day, so there are different circumstances – when you’re on public transport for example, when you’re encountering people you’ve not come across or met before.

“And that is why you have different rules and things like face coverings for public transport and being in shops from where you are with the same people in the same bubble day in and day out.

“And that is why the rules are different.”