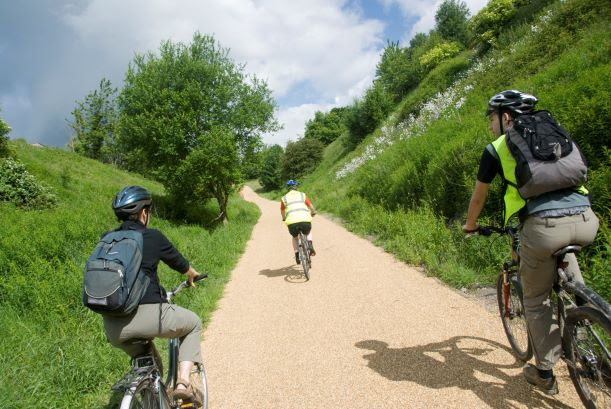 Plans have been revealed for a major new pedestrian and cycling routes in Salford, connecting Walkden, Worsley and Boothstown as well as providing access to RHS Garden Bridgewater along the Bridgewater canal.

The detailed designs have been developed as part of the Greater Manchester Mayor’s £160 million Cycling and Walking Challenge Fund.

Developed in partnership with Salford City Council, Transport for Greater Manchester (TfGM), the Royal Horticultural Society (RHS), Peel L&P and Worsley Park Marriott Hotel, the proposals will provide a traffic-free route along the north of the Bridgewater Canal linking Worsley and Boothstown to the RHS;

An enhanced north-south route from Walkden Station to the RHS, also linking to the A580 Guided Busway as well as new pedestrian and cycle crossing facilities on the East Lancashire Road (A580), Leigh Road (A572), Walkden Road (A575), Barton Road (B5211) and Birch Road;

The route will also connect into the existing traffic-free network in Salford, including the Bridgewater Way, the Roe Green loopline and the Tyldesley loopline.

Councillor Roger Jones, executive support member for transport, said: “We welcome people’s views, reactions and comments on these exciting plans for the city. They will offer local residents a real alternative to short car trips by connecting them to jobs, education and health facilities and local shops.

“It will also provide pedestrian and cycle access to the RHS Garden Bridgewater which will be a major visitor attraction providing another boost to Salford’s growth and the GM tourism industry. From new jobs, training, educational and volunteering opportunities, RHS Bridgewater will bring enormous economic, social, health, environmental and community benefits to the area.”