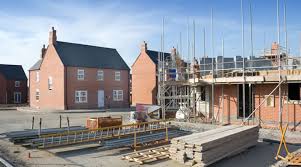 Demand for affordable housing is so high in Salford that 28 people are bidding for every property that becomes available.

And that’s despite another new 461 affordable properties having been made available in the last year.

The report says that although 17% of new homes provided in Salford last year by developers, landlords and housing associations were affordable – one of the best rates in Greater Manchester – the city still needs 760 new affordable homes each year to meet need.

And that’s why, later this year, Deputy City Mayor Councillor John Merry will launch Salford City Council’s plans to build the first council houses in the city for a generation.

Councillor Merry said: “We have set up a company called Derive as a wholly owned subsidiary of the council. Initially we will be buying existing homes off the shelf to meet demand quickly. They will be available this year – and then we will be buying and building more in the future.

“We’re starting from scratch, but we aim to build up the company’s capacity over time to provide larger and larger numbers of homes to meet the housing needs of people in Salford.

“In the absence of any government support, we will be kick-starting Derive with £2 million of Section 106 money from developers, other funds from the council and self-financing the affordable housing by selling some of the houses and letting others at market rents.

“Derive is already involved in projects to deliver around 900 affordable homes by 2021 using our strong partnerships with our local housing associations. But demand is high so our work to provide affordable homes won’t stop there.

“Salford City Council will also continue to work with developers, property owners, landlords and our housing association partners as we have been doing to bring empty properties back into use and get new homes built but it takes time.

“There is no magic wand that can solve what is a national housing crisis overnight, but in Salford we are forging ahead with a clear strategy to deliver for the people of our city and I do recognise what we have done so far is a drop in the ocean given demand – but our plans are ambitious.

“Last year, we saw 336 new builds and 125 existing empty properties brought back into use as affordable homes. On top of this we saw another 497 homes that were completed using build to rent funding to provide good quality, private rented housing and another 142 households which used the Help to Buy equity loan scheme. That’s 1,100 homes which were a mixture of houses, bungalows and apartments and ranged from one bed to four bed homes.”

A business plan for the new company is expected to be approved in March this year and the first houses purchased off the shelf by Derive should be available by next year.