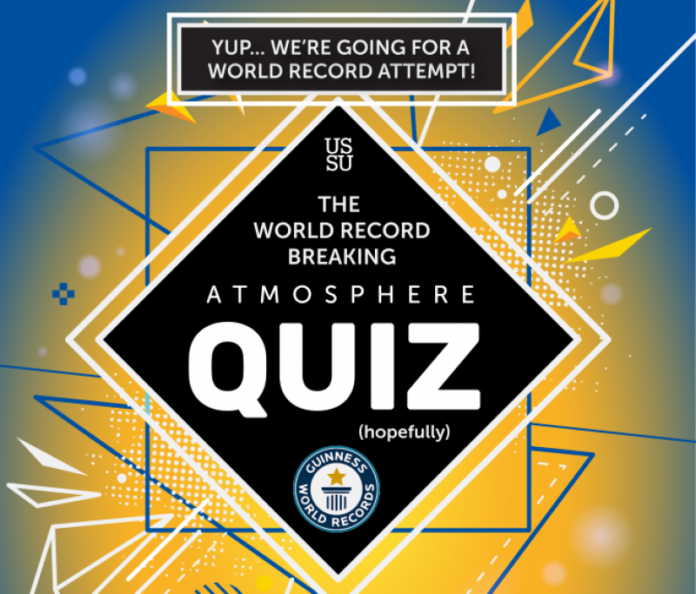 Salford is attempting to break the world record for the world’s longest continuous quiz which will last a staggering 36 hours.

The quiz will be held at the Student’s Union at the University of Salford and will be raising money for men’s mental health charity, Campaign Against Living Miserably (CALM). Teams entering will be asked to make a donation on the door.

It will start 11am on Sunday 29th September and continue through the night before finishing 11pm on Monday.

CALM is a UK charity that helps to raise awareness and change attitudes towards suicides in men. They provide a free and anonymous help line and webchat service that provides advice and information to anyone who needs help.

Professional quiz master, Tony Murphy is hoping to beat the current record, which stands at 33 hours and 8 minutes.

Speaking on how the idea came about, Tony said: “I just fancied doing something a bit different. It’s really nerve-wracking but I’m looking forward to the challenge.”

The event will be hosted by Tony who has been running quizzes around Manchester for the last six years. He said: “It will be a fun way to raise money for an important cause like CALM and will be nice to say the record was broken here in Salford.”

Using a free speed quizzing app on smart phone, it will have several mini quizzes and rounds, with prizes for each winner. Those will then feed into a points table where the team with the most points over the duration will be crowned the winners.

On the night Redbull have provided drinks to ensure contestants are kept energised and the Student Union will be open for the duration proving snacks, coffee and usual bar offering.

The quiz is open to anyone who wishes to attend and for those unable to the quiz will be live streamed on Facebook, YouTube, and Shock Radio.