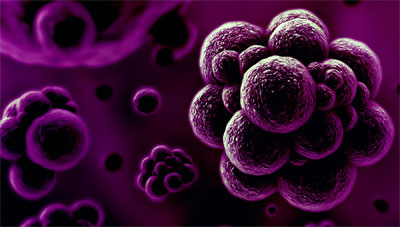 A team of scientists working at the University of Salford may have found a solution to an antibiotic crisis even though they weren’t even looking for one having stumbled across a solution to reverse antibiotic drug resistance and stop infections like MRSA.

Experts warn we are decades behind in the race against superbugs having already exploited naturally occurring antibiotics,with the creation of new ones requiring time, money and ingenuity.

In fact  they have created and validated several new antibiotics already – many of which are as potent, or more so, than standard antibiotics, such as amoxicillin.

“A little like Alexander Fleming, we weren’t even looking for antibiotics rather researching into new compounds that might be effective against cancer stem cells,” explains Michael P. Lisanti,Chair of Translational Medicine at the University’s Biomedical Research Centre.

“I think we’ve accidentally invented a systemic way of creating new antibiotics which is simple, cheap and could bevery significant in the fight against superbugs,” added Dr Federica Sotgia, a co-author on the study.

The Salford group specialise in cancer stem cells and specifically methods of inhibiting energy production in mitochondria,the “powerhouse” of cells which fuels the growth of fatal tumours.

“Mitochondria and bacteria have a lot in common,” stresses Lisanti. “We began thinking that if what we found inhibited mitochondria, it would also kill bacteria. So, these new anti-cancer agents should also be potential antibiotics.

The team sorted through 45,000 compounds,using a three-dimensional structure of the mitochondrial ribosome – first identified by Venki Ramakrishnan, a Nobel-prize winner (Cambridge, UK) and President of The Royal Society.

They identified 800 small molecules which might inhibit mitochondria based on their structural characteristics and then whittled this down to the most promising 10 compounds, which they discovered using traditional phenotypic drug screening.

These new antibiotics are called ‘Mito-riboscins’ because they were found by targeting the mitochondrial ribosome in human cancer cells.

‘Mito-riboscins’ are equally if not more potent than standard antibiotics.

“This was under our nose. The bottleneck with antibiotic discovery has been that there was no obvious systematic starting point.  We may now have one. These broad-spectrum antibiotics were discovered, by simply screening candidates first on mitochondria in cancer cells.”

Latest- “Anyone who flouts the rules is putting us all at risk” says Prime...