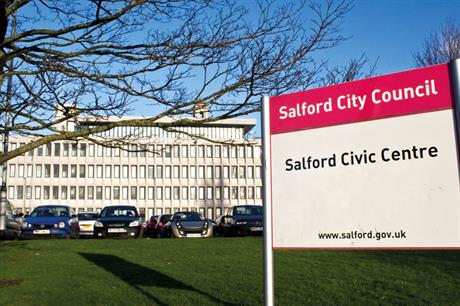 Salford City Council is publishing proposals for balancing its 2019 budget in response to further cuts in funding.

By next year, the council will have seen its central government funding reduced by 53% since 2010.

City Mayor Paul Dennett said: “Cuts in government funding plus rising costs, ongoing demand for services and other budget pressures mean the council has lost over £213.3 million since 2010.  This is equivalent to a loss of £58,000 budget each and every day.

“Salford is the 22nd most deprived local authority in the country, and research shows that poorer areas have been hit hardest by the impact of austerity.

“With the 38th highest level of personal debt in the country and 26% of our children living in poverty, cuts in council services hit the most vulnerable people hardest.

“We continue to work hard wherever possible to protect frontline services. We’ve also listened to people’s views before we make difficult decisions about where cuts have to come from”

The council’s ‘what matters to you’ exercise found that local residents wanted a focus on five priorities, safe activities and spaces for young people; improvements to public transport and roads; litter-free streets and preserving existing parks and green spaces; providing more affordable housing for those who need it most and connecting people to what’s going on in communities, promoting civic pride and tackling isolation.

The 2019 proposals to balance the budget include nearly £8 million of one off savings, efficiencies in buying services, alternative funding sources and increases in income.This has reduced the number of proposals that impact on frontline services.

The council has stressed the importance of listening to local views before making decisions and is sharing the results of a recent budget conversation.

Final proposals rest on announcements about the local government finance settlement which is due shortly. The budget will be set at February by Council and the public are invited to make comments on proposals by midnight on 13 January 2019.

Paul Dennett continued “We continue to do as much as humanly possible to find ways to avoid cuts in frontline services but there are really difficult decisions to be made and we have now published proposals for comments from the public, businesses and our workforce. We can’t pretend that austerity hasn’t hit us hard. Our workforce has shrunk by 50% since 2010.”