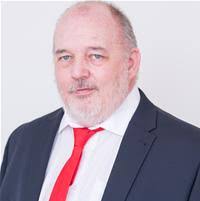 Salford City Council has paid tribute to local councillor who has passed away.

Councillor Ray Walker was elected to serve in the Blackfriars and Trinity ward.

He worked for Salford City Council for 31 years before being elected as a councillor.

Salford City Mayor Paul Dennett said: “It is with great sadness to hear of the passing of Councillor Ray Walker. He was committed and proud to represent his residents and community.

“I am personally proud and grateful for the support Ray has given to the City Council and myself over the years. Ray was a kind, dedicated and selfless man, often putting the needs of others before those of his own, whilst being really proud and ambitious for Salford, its people and its communities.

“Our thoughts and prayers are with his wife Jan, his family and all of his friends at this tragic time. May he rest in peace.”

The flag at Salford City Council will be flown at half-mast as a mark of respect.