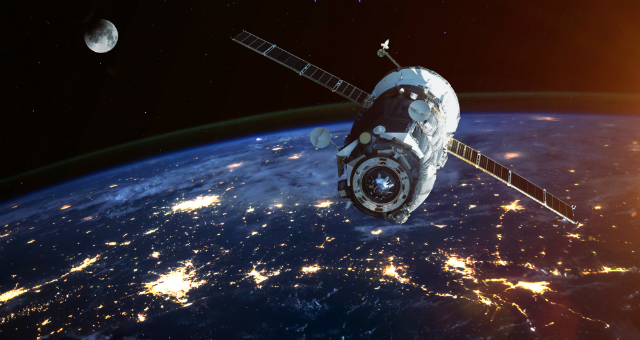 THE UNIVERSITY of Salford is to be at the forefront of the UK’s new drive to develop space-focused artificial intelligence (AI) and robotics, as a key partner in a new £29 million hub.

The Future AI and Robotics for Space Hub will be funded through a £6.7 million grant from the Engineering and Physical Sciences Research Council (EPSRC) and the UK Space Agency, as well as £22.3 million from over twenty space organisations.

The award was announced as part of the government’s £84 million funding of robotics and AI projects as part of the UK’s Industry and Strategy Fund. The partners will develop space robots that perform complex tasks on long missions, with minimal dependency on a human ground crew, including repairing satellites, building platforms and collecting samples.

The Hub will lead research into state-of-the-art technologies such as robots that repair satellites, assemble large space telescopes, manufacture products in space and remove space debris. Partners will also look into robots that survey, observe, extract resources, and deploy infrastructure for human arrival and habitations on alien planets.

The ambitious project to secure the UK’s position at the forefront of space robotics, will be led by the University of Surrey working with Imperial College London, Edinburgh, Liverpool, Warwick and Salford universities.

Professor Samia Nefti-Meziani, who leads the Autonomous Systems and Robotics Research at Salford, said: “The award of this Space Hub partnership is the latest recognition of the University of Salford’s expertise in Robotics and AI applications research.

“Salford was chosen as the home of the National Advanced Robotics Research Centre as long ago as 1987 and hosts the Northern Robotics Network, the leading industrial robotics association.

“We have an amazing pedigree in translating the benefits of its robotics research across many sectors. These have included agri-food, aerospace, manufacturing, healthcare, construction and defence.

“The award of the Space Hub partnership is an amazing opportunity to adapt and transfer much of the thinking and technological solutions we have already developed to benefit the Space sector.”

Professor Philip Nelson, EPSRC Chief Executive, said: “These new Robotics Hubs will draw on the country’s research talent to nurture new developments in the field of robotics and provide the foundations on which innovative technologies can be built. The outcomes will allow us to explore environments that are too dangerous for humans. The Industrial Strategy Challenge Fund is helping us achieve a joined up approach to research,discovery and innovation.”

Ruth McKernan, Chief Executive of Innovate UK, said: “These pioneering projects driven by the very best minds in UK research and industry exemplify the huge potential of what can be achieved through the Industrial Strategy Challenge Fund and the long-term benefits for the UK economy.

“These are just the first competitions in robotics and AI,there will be further opportunities for businesses in the coming months.”